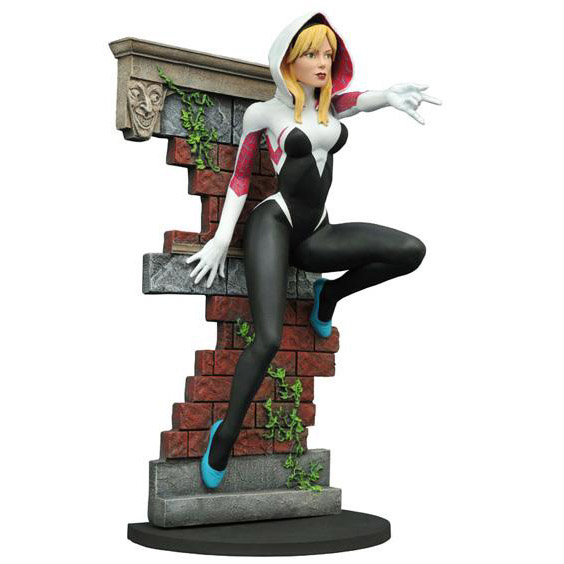 On a parallel world, similar to our own, Gwen Stacy was bitten by the radioactive spider and given great power… which comes with great responsibility.

Standing 9-inches-tall, the PVC statue features the wall-crawler of Earth-65 using her powers to perch on a wall, preparing to shoot a web and swing after the bad guys. While comic fans know Spider-Woman as Spider-Gwen, her secret will soon be out to everyone unless she remembers to put on her mask.

The SDCC 2016 Exclusive Marvel Gallery Spider-Gwen Unmasked Version Statue will be available September 2016 but it can be pre-ordered now for $44.99 at Entertainment Earth. NOTE: This item will first be sold at San Diego Comic-Con 2016. If supplies remain after the show, your order will be filled.