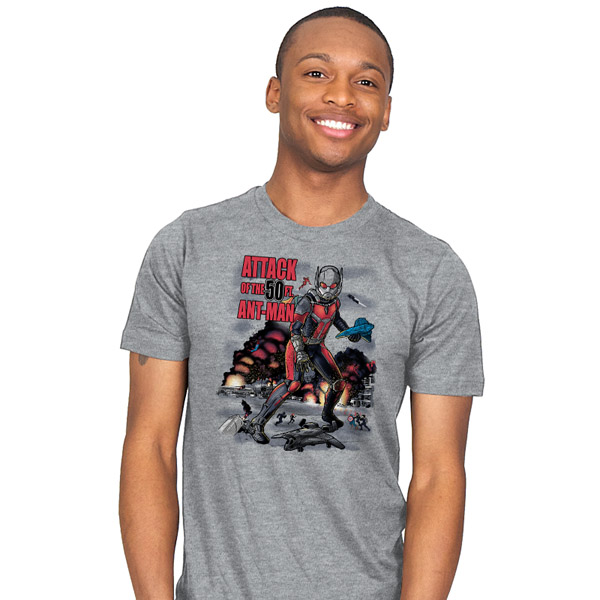 Ant-Man makes a BIG impression with the Avengers on the You Look Like Ants From Up Here T-Shirt.

Okay, Scott Lang might not have the coolest name in the superhero biz because Ant-Man does sound a bit lame when compared to names like Captain America, Iron Man, and War Machine, but having the ability to shrink down and control ants is pretty cool.

We didn’t get to see Scott chat with ants in Captain America: Civil War but we did get to see him take his size-controlling powers in the opposite direction, going from Ant-Man to Giant Man within seconds. And hey! Bonus points for not ripping himself in half or fainting. 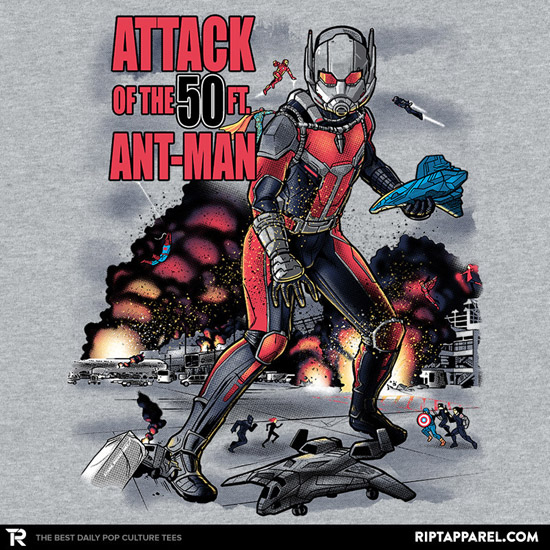 The You Look Like Ants From Up Here T-Shirt is available for $16 at Ript Apparel.

When raising an ant colony, not just any old contraption will suffice. The Ant-O-Sphere 4-Pods are the ultimate fun park for privileged ants. But when your ants hit their tweens, they’re going to want to hit the clubs and groove to a fantastic LED light show, which is why they’ll love the AntWorks […]

If you are looking for some candy with a bit of protein in it, look no further than Ant Candy…made with real ants! How many times have ants ruined your day? Maybe they got in your pants or ruined a picnic. Well, now you can […]