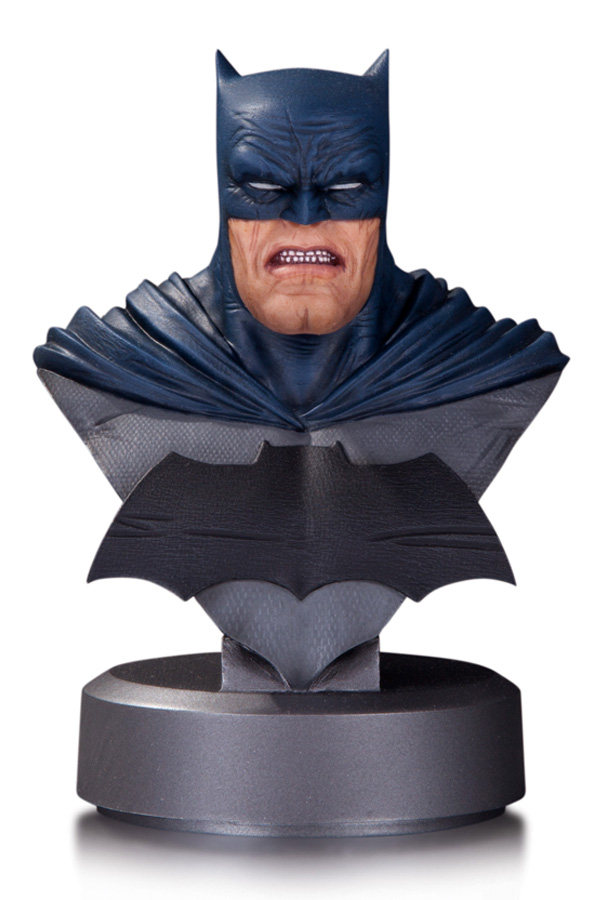 Celebrate one of the highlights of the comic book world with the Batman: The Dark Knight Returns 30th Anniversary Bust, because love it or hate it, TDKR changed comics forever.

Batman, Superman, and the rest of the gang usually don’t get old. They battle crime through the years while seeming to stay the same age. The Dark Knight Returns changed all that, showing us a Bruce Wayne who had retired, who had grown old. It was a comic series that introduced a new Robin, that showed an iconic villain breaking his own neck, that gave us an epic battle between Batman and the Man of Steel.

Based on the art of Frank Miller and stamped on the back with a special DKR30 logo, the poly resin mini-bust measures approximately 5-inches tall and is limited to 3,000 pieces.

The Batman: The Dark Knight Returns 30th Anniversary Bust will be available February 2016 but it can be pre-ordered now for $44.99 at Entertainment Earth.

The Dark Knight Returns Collector’s Edition Boxed Set is a lovely 30th Anniversary Edition of the Frank Miller classic. It was named one of the Top 10 Best Graphic Novels by Time and deservedly so. The hardcover volumes are housed in an anniversary slipcase. The […]