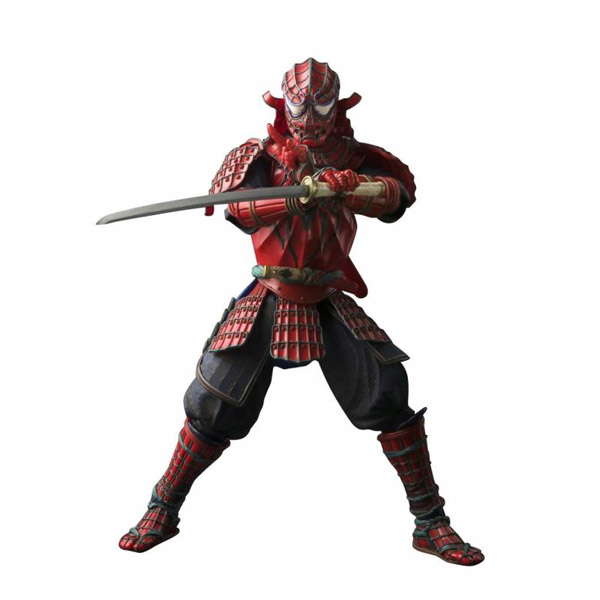 If Peter Parker had been bitten by a radioactive spider in Feudal Japan, he might have become a hero like the Samurai Spider-Man Meisho Manga Realization Action Figure.

Standing just a little over 7-inches tall, Spider-Man is ready to fight for the honor of the samurai, using interchangeable hands, a katana set, and a kaginawa web hook set that’s designed as a chain-firing device to simulate modern Spidey’s web-shooters.

The Samurai Spider-Man Meisho Manga Realization Action Figure will be available October 2016 but it can be pre-ordered now for $91.99 at Entertainment Earth.