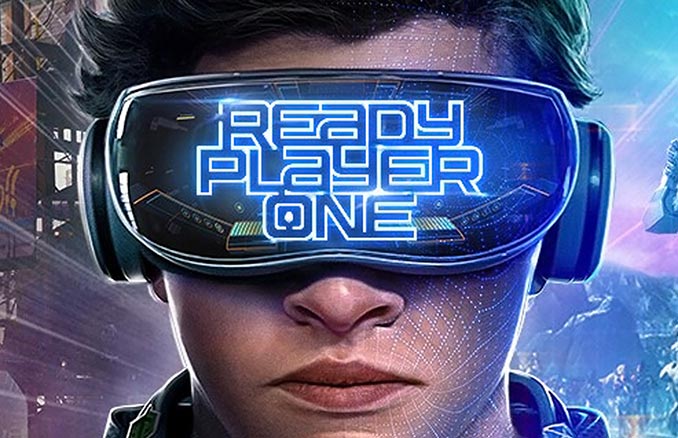 Ready Player One had an impressive $12 million opening yesterday, and is on track to be the movie everyone will be seeing this weekend. While for many of us the Ready Player One Trailers were enough to convince us that this was a must-see movie, others will need to check Ready Player One Reviews first. There was a surprise premiere screening of the movie back at the SXSW Film Festival, so there have been plenty of Ready Player One reviews out for a while already.

Over at SlashFilm.com, they called it “a lightweight but fun adventure in nostalgia.” The review by Joi Childs ends with:

The stellar visuals carry this film beyond its simple script and its simple ideas, making it a fun adventure. It does not exist to stretch your mind (it does stretch your time, running a bit too long in the third act) but like the OASIS, it’s a wonderful piece of escapism. Sometimes, a vacation from anything meaningful does make for an interesting ride.

In his review at MovieWeb, Trevor Norkey calls Ready Player One “As Inspiring As It Is Fun.” His review sets to answer the question of what makes it so great.

Legendary Director Steven Spielberg’s latest movie Ready Player One promised fans a plethora of 80s nostalgia, and it delivered all of these nostalgic expectations in a basket weaved from Spielberg’s always fantastic storytelling abilities. This movie is certainly great, but what is it that makes it so great?

Jason Fraley declares that “Steven Spielberg is magically meta in Ready Player One” in his Review at WTOP. He concludes that:

By most fan accounts, the film is a marked improvement over the book, in which Wade Watts lived in Oklahoma City before Spielberg changed it to his own native Ohio. This is Spielberg’s show now — and we’re all better for it. So if you liked the book, there’s a good chance you’ll love the movie. And if you were skeptical of the movie, you might just be pleasantly surprised.

Over at Rotten Tomatoes, Ready Player One is certified fresh at 76% on the Tomatometer. The audience score is even better at 80%. Their consensus is:

Ready Player One is a sweetly nostalgic thrill ride that neatly encapsulates Spielberg’s strengths while adding another solidly engrossing adventure to his filmography.

The film arrives in theaters soon (March 29) and the final teaser is the Ready Player One: Dreamer Trailer. It is shaping up to be an amazing adventure film with breathtaking spectacle, 80s nostalgia, and appearances by a massive number of characters from video games. […]

One of my favorite games when I was a kid was Clue. There’s just something extremely exciting, trying to catch the killer and finding out the where and what, while others are clamoring to do the same. Now you can enjoy the classic game all […]

Dr. Seuss meets video games with these awesome Player 1 and Player 2 Hoodies. At last you have a pair of hoodies that gaming couples can wear. However, the question is, are you player 1 or player 2? It’s a rainy day and you are […]

This red retro looking CD player has the looks of the 60s and the technology of today, feating a USB 2.0 port that lets you connect and play your tunes from an MP3 player or flash memory drive.