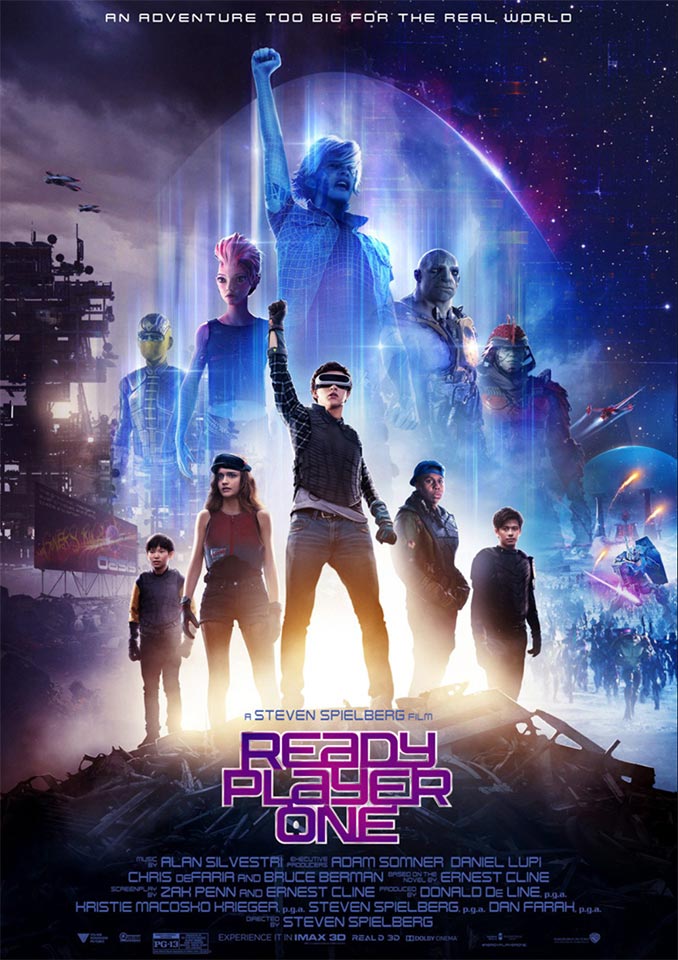 The film arrives in theaters soon (March 29) and the final teaser is the Ready Player One: Dreamer Trailer. It is shaping up to be an amazing adventure film with breathtaking spectacle, 80s nostalgia, and appearances by a massive number of characters from video games.

From filmmaker Steven Spielberg comes the action adventure “Ready Player One,” based on Ernest Cline’s bestseller of the same name, which has become a worldwide phenomenon.

Ready Player One is set in 2045, with the world on the brink of chaos and collapse. But the people have found salvation in the OASIS, an expansive virtual reality universe created by the brilliant and eccentric James Halliday (Mark Rylance). When Halliday dies, he leaves his immense fortune to the first person to find a digital Easter egg he has hidden somewhere in the OASIS, sparking a contest that grips the entire world. When an unlikely young hero named Wade Watts (Tye Sheridan) decides to join the contest, he is hurled into a breakneck, reality-bending treasure hunt through a fantastical universe of mystery, discovery and danger.

If you haven’t seen them yet, you can watch all the other Ready Player One Trailers.

Right now it’s prime cherry-eating time in North America, when cherries are riper and sweeter than ever. You can even find Rainier cherries which are delicacies in the produce section. If you love cherries in a big way, it might pay to own the OXO Good […]

Dr. Seuss meets video games with these awesome Player 1 and Player 2 Hoodies. At last you have a pair of hoodies that gaming couples can wear. However, the question is, are you player 1 or player 2? It’s a rainy day and you are […]

The Desert Oasis Double Bubble Terrarium is awesome. think of it as a desert right on your desk. It is a great way to grow your own aloe too. You get over 15 different types of cacti included. It will be a nice relaxing desk […]

This red retro looking CD player has the looks of the 60s and the technology of today, feating a USB 2.0 port that lets you connect and play your tunes from an MP3 player or flash memory drive.