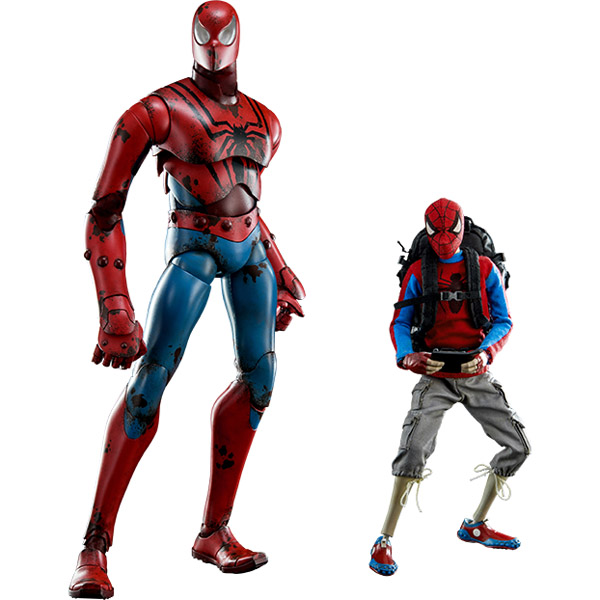 The Peter Parker and Spider-Man Sixth-Scale Figure Set gives an idea of what might have happened in the Marvel universe if Peter hadn’t been bitten by a radioactive spider.

Some people are just meant to be heroes, even if they don’t have any actual super powers. Ashley Wood’s unique twist on Spider-Man shows how the webslinger could still exist in a world where Peter Parker remained an ordinary kid.

Ordinary? Okay, even before the spider bite, Pete was a genius, so it’s totally believable that he’d create a giant, remote-controlled (or app-controlled) Spider-Bot to fight crime. This needs to be an actual comic book.

The Peter Parker and Spider-Man Sixth-Scale Figure Set will be available May 2017 – Jul 2017 but it can be pre-ordered now for $350 at Sideshow Collectibles.