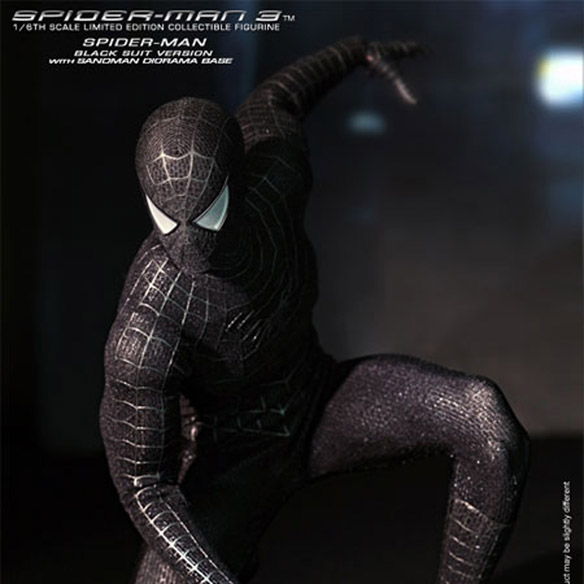 Sometimes you take what you can get, and that’s the cross that must be borne by the Spider-Man Black Suit Version Sixth-Scale Figure, which will unfortunately forever be linked to Spider-Man 3.

Let’s just place this Spidey-goodie in its own separate little world for a few minutes and just appreciate it for what it is. The 12-inch-tall figure captures the look of Dark Spidey very well, so let’s not dwell on the fact that some people just really aren’t cut out for dark. Tobey Maguire evil? That idea is as laughable as Topher Grace playing Venom.

Anyway, it’s still a sweet-looking collectible, and it even comes with a Dark Tobey Head. Also, it has what has to be the coolest display base that I’ve ever seen.

The Spider-Man Black Suit Version Sixth-Scale Figure is available for $209 (or for as little as $105.00/month) at Sideshow Collectibles.