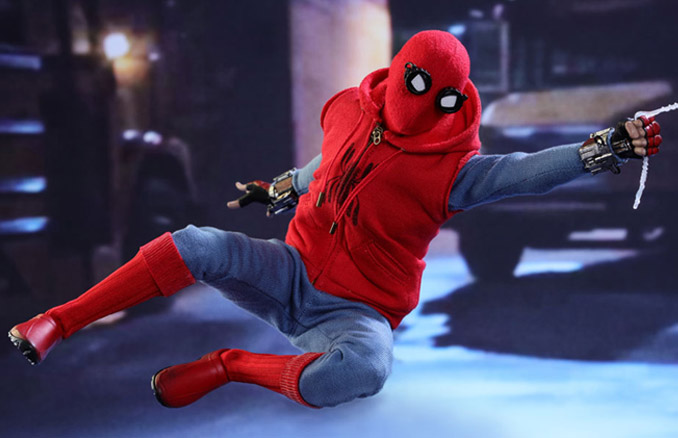 Later, when he meets Tony Stark, Peter will be rocking some major superhero style, but he’s just a kid in high school so resources were sort of limited when he created his first Spidey suit. Still, the basic look is there, with the red and white color scheme, eyes concealed behind a field of white, and of course, the iconic spider logo on his chest. As an extra bonus for fans of the Spider-Man comic books, the hoodie brings to mind Ben Reilly’s Scarlet Spider so you almost get two characters in one.

Peter Quill is back as the Guardians of the Galaxy 2 Star-Lord Deluxe Version Sixth-Scale Figure. When the galaxy needs saving for a second time or you just need to add some new awesomeness to your GotG collection, this 12.20-inch-tall figure has what it takes […]