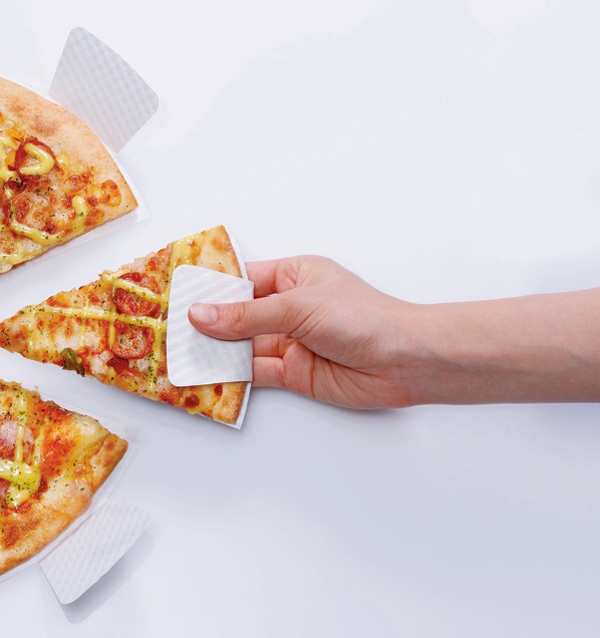 Some people eat their pizza with a fork and a knife, while others prefer to wolf down each slice by picking it up with their hands. There’s nothing wrong with either approach, but one thing that the latter group complains about (although not seriously) is how greasy their hands get afterwards.

Designers Yu Kyung Ha, Won Min Jung, and Kwon Young Hee probably belong to the latter group as well, because they’re the dynamic trio that came up with the Paper Dish concept design. 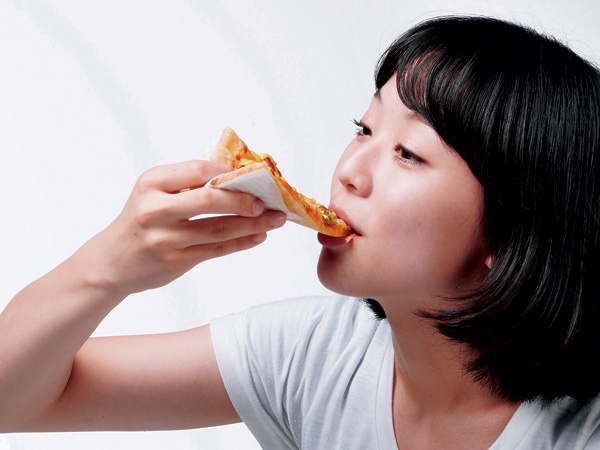 Basically, the Paper Dish is a triangular-shaped makeshift paper plate. It’s got a teeny tab at the wide end of the triangle so you can hold that slice of pizza nice and tight without getting any grease on your fingers. 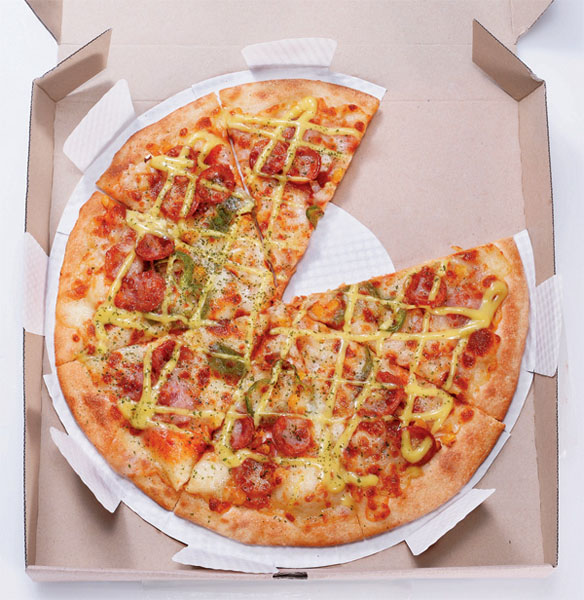 The Paper Dish is just a concept design for now, although I wouldn’t be surprised if some huge pizza maker eventually decided to pick up on this idea.

Pizza Boss is the name of this new fun product for those who especially like the word tool when it comes to kitchen tools. It’s a pizza slicer designed to look like a circular saw.

Here’s something to get the ultimate foodie for his or her next camping trip: the Slice of Pizza Sleeping Bag. As you can see, it’s a sleeping bag in the guise of a slice of pizza. Each and every one of these sleeping bags is […]

Doing dishes is hard work. It’s boring and tedious. The chore could sure use some fun thrown in with it.  These Dish Play Puppet Dish Gloves will brighten up your chore time by allowing you to have your own puppet show while doing the dishes.