If you recall the first Onward Trailer, things were really wacky. With this new Onward – Official Trailer #2, we see that while the characters are strange and different, the narrative is pretty straight forward.

Onward stars the voices of Chris Pratt and Tom Holland as the two teenage elf brothers on an extraordinary quest to bring back their dad. The cast also includes Julia Louis-Dreyfus, Octavia Spencer, Ali Wong, Mel Rodriguez, Lena Waithe, and John Ratzenberger. It is scheduled to hit theaters on March 6, 2020.

Set in a suburban fantasy world, Disney and Pixar’s “Onward” introduces two teenage elf brothers (voices of Chris Pratt and Tom Holland) who embark on an extraordinary quest to discover if there is still a little magic left out there. A new trailer and poster are now available, and new character posters were recently revealed, introducing cast members Mel Rodriguez, who voices Officer Colt Bronco; Lena Waithe, who lends her voice to Officer Specter; and Ali Wong, the voice of Officer Gore. Directed by Dan Scanlon and produced by Kori Rae, “Onward” opens in U.S. theaters on March 6, 2020.

Here is the latest movie poster for Disney Pixar’s Onward: 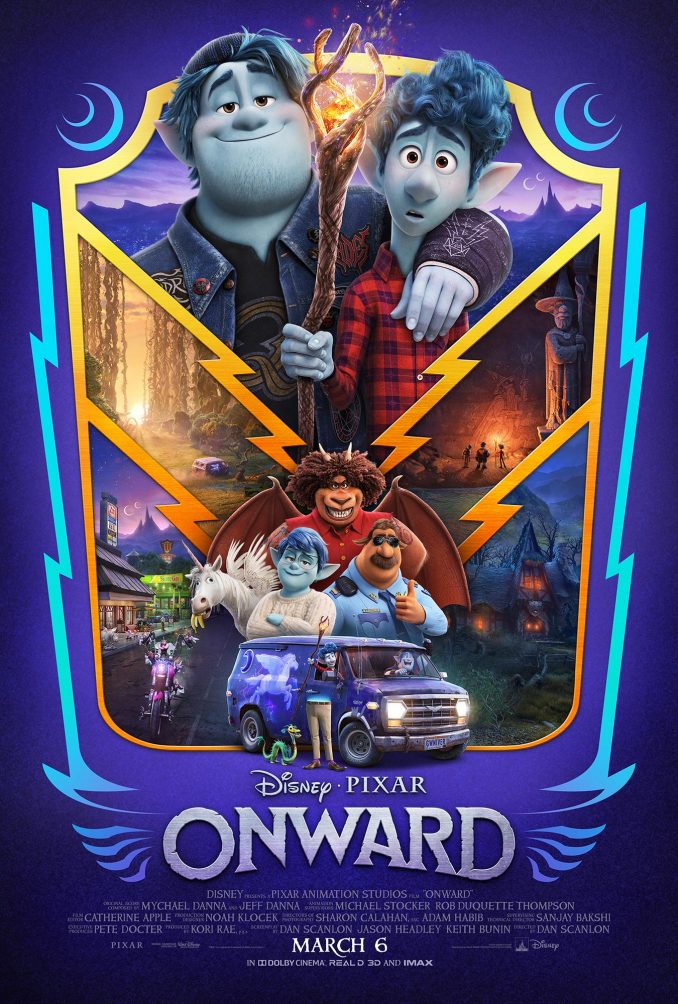 If you’re looking for an animated adventure comedy that is kind of weird, check out the Onward Official Trailer released today by Pixar. Maybe there is a little “Weekend at Bernie’s” vibe to it, but it is an original world with a unique style, interesting […]

If you’re burned out of all the sequels, check out this Soul Official Teaser Trailer from Pixar. It’s a story about a musician, Joe Gardner, who lost his passion for music and is having an existential crisis. He’s transported out of his body and, with […]

Give your dad a totally unique Father’s Day gift, with a Personalized I Love You Dad Map Puzzle. You give the location you want, such as your dad’s hometown, and they take the US Geological Survey mapping of the area and turn it into a […]

This Personalized World’s Greatest Dad Map Puzzle makes a unique and memorable Father’s Day Gift. It’s a lot like the I Love You Dad Map Puzzle, except the message on the puzzle this time is “THE WORLDS GREATEST DAD.” You supply the location, such as […]

Even if you already saw the Teaser Trailer and the Official Trailer, you’ll want to watch the Frozen 2 Official Trailer #2 because it is very different and contains many more story beats. Frozen II will be in theaters on November 22, 2019. It has […]