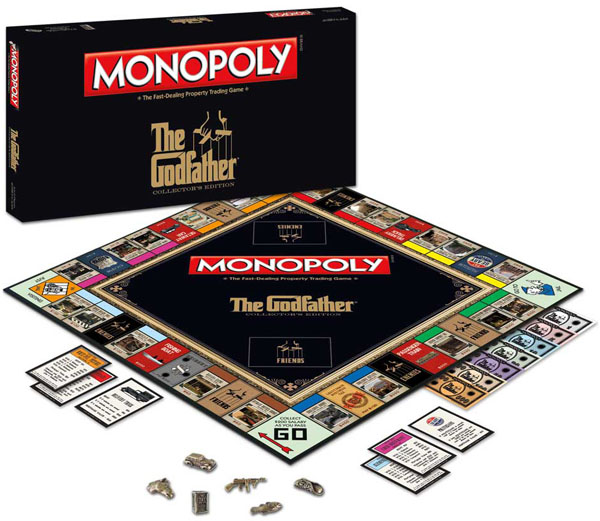 Francis Ford Coppola’s The Godfather recently celebrated its 40th anniversary, and now you can become a member of the dysfunctional crime family with the Monopoly The Godfather Edition Board Game.

Leave Boardwalk and Park Place behind for the Corleone Long Island Home and Corleone Lake Tahoe Estate, and forget about tokens that look like boots and puppy dogs because it’s time to step up with the big boys and play with a piece of cannoli, a Genco Olive Oil tin, the Don’s limo, a dead fish, a tommy gun, or the horse head… because it wouldn’t be the Godfather without the horse head, would it? 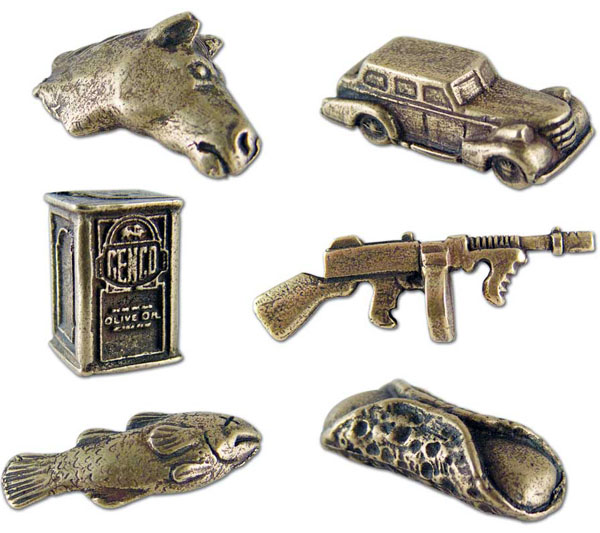 The special edition game isn’t just about renamed property and unique game pieces though, because the rules are different too, and that’s how it should be when the Family is involved. Instead of the familiar ‘Chance’ and ‘Community Chest’ cards, you now have the ‘Friends’ and ‘Enemies’ cards. The game also includes new ‘Don’ cards that let players team up with a particular family, giving them special abilities to use at the right strategic moment. For example, the Corleone card lets you kidnap an opponent and the Tattaglia card lets its proud owner have a single money laundering opportunity.

You can also forget about the lame hotels and houses because those are for ordinary law-abiding people. Players that deal with the Godfather use Hideouts and Compounds.

You can get the Monopoly The Godfather Edition Board Game for $39.95 at Amazon.com, $39.99 at Newegg.com and £37.99 at Amazon.co.uk. It’s not exactly an offer you can’t refuse, but why would you want to turn this down?

The Godfather Mafia Game is a mafia-style, deductive party game based on the iconic film trilogy by Francis Ford Coppola. Fans of the films are going to love this game. In this card game, players will play as either members of the Corleone crime family, […]