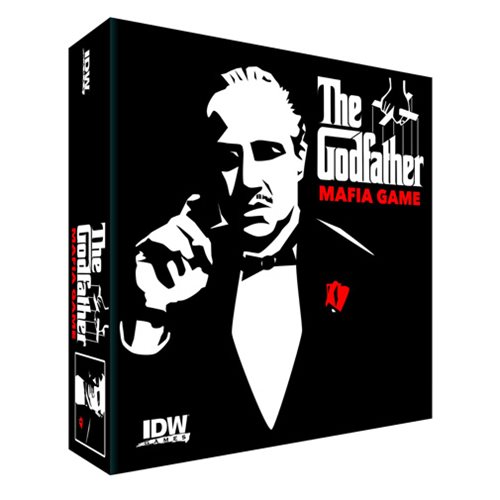 The Godfather Mafia Game is a mafia-style, deductive party game based on the iconic film trilogy by Francis Ford Coppola. Fans of the films are going to love this game.

In this card game, players will play as either members of the Corleone crime family, or undercover cops trying to end their reign. It is played out over several rounds. It’s all about trying to figure out who’s on which side.

This game makes a fun gift at only $24.99 from Entertainment Earth.

Monopoly The Godfather Edition Board Game

Francis Ford Coppola’s The Godfather recently celebrated its 40th anniversary, and now you can become a member of the dysfunctional crime family with the Monopoly The Godfather Edition Board Game. Leave Boardwalk and Park Place behind for the Corleone Long Island Home and Corleone Lake […]

Want to look like  wiseguy while you are cooking some burgers on the grill? With this Godfather Kitchen Cooking Apron, you can be the Don of your own grill. How often do you see a made man flipping burgers in a suit? That could be […]