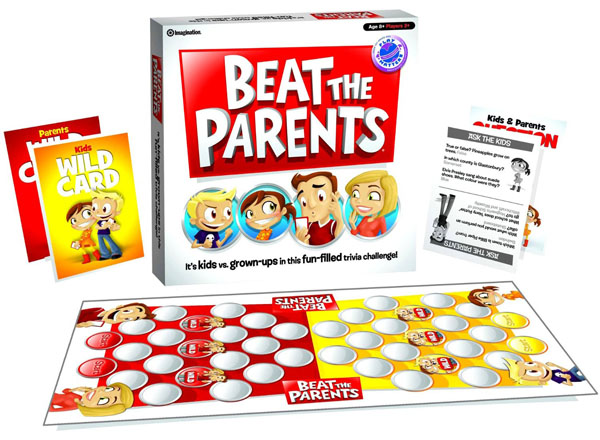 The name itself makes it seem like the odds are in favor of the kids and not of the parents. But hey, it’s just a name, right? Beat the Parents Game is a fun trivia game that pits the kids against the grown-ups. Who will win? Who will reign trivia supreme? Play and see.

While you’re at it, check out the Morphology Board Game and Morph It Dough Modelling Game for more board gaming fun. 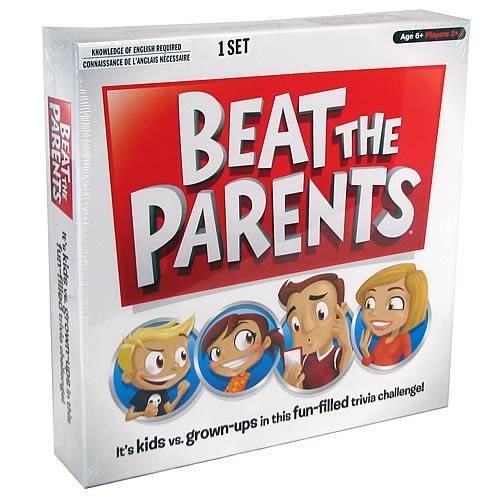 It’s kids vs. grown-ups in this fun-filled trivia game! 101 cards, 32 parent wildcards, 32 kid wildcards, 4 player tokens, and 1 game board set the stage for an evening of lighthearted family entertainment with the Beat the Parents Game!

The Beat the Parents Game will be available in January 2012 from Entertainment Earth for $11.99 and is available now at Amazon.com from $11.95.

The moment I saw these drumsticks chopsticks, Michael Jackson’s hit song “Beat It” immediately began playing in my head. And that’s exactly what you can do with the aptly named Beat It! Drumstick Chopsticks. We don’t mean beat it in the figurative sense of course; […]

The Silverlit company has come up with a clever solution for anyone who wants to lay down some rhythms, but has no room for a drum kit. With different sound styles and pre-programmed rhythms as well as an instructive guided learning feature, these slick sticks […]

Doctor Who The Time Wars Board Game

Are you looking to add another board game to your collection? How about Doctor Who The Time Wars Board Game. Any fan of Doctor Who or board games in general will love this trivia based game that takes you back to the first season of the […]