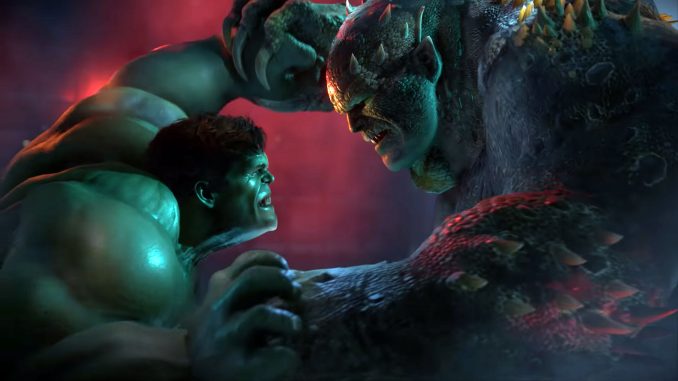 If you watched the Avengers movies and wished you could be right there, fighting alongside Captain America, Iron Man, Black Widow, and Thor, you’ll want to see the Marvel’s Avengers: A-Day Official E3 Trailer.

Scratch that—imagine being the Hulk and smashing everything and even picking up tanks and flinging them at enemy soldiers. This game has the potential to be amazing. We’ll have to wait for  May 15, 2020, when it is due to be released for the PlayStation 4, Xbox One, Stadia, and PC, to find out if it lives up to the hype.

Marvel’s Avengers begins at A-Day, where Captain America, Iron Man, the Hulk, Black Widow, and Thor are unveiling a hi-tech Avengers Headquarters in San Francisco — including the reveal of their own helicarrier powered by an experimental energy source. The celebration turns deadly when a catastrophic accident results in massive devastation. Blamed for the tragedy, the Avengers disband. Five years later, with all Super Heroes outlawed and the world in peril, the only hope is to reassemble Earth’s Mightiest Heroes.

Marvel Entertainment and Square Enix are excited to unveil Marvel’s Avengers, an epic action-adventure game that combines cinematic storytelling with single-player and co-operative gameplay. Developed by Crystal Dynamics in collaboration with Eidos-Montréal, Nixxes Software, and Crystal Northwest, Marvel’s Avengers will release simultaneously for the PlayStation®4 computer entertainment system, the Xbox One family of devices including Xbox One X, Stadia, and PC on May 15, 2020.