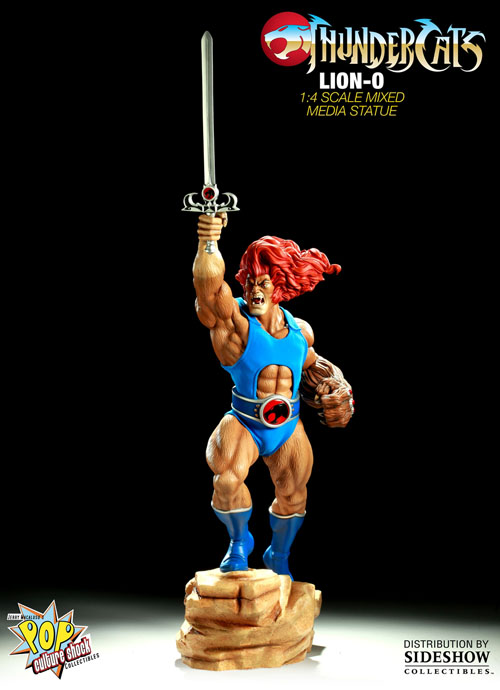 Thundercats, Ho!!! The feline superhero is a beloved childhood memory for many people, but the leader of the Thundercats never looked quite like he does as the Lion-O Thundercats Mixed Media Statue, which is a good thing because this snarling superhero might scare the catnip out of little kids.

In addition to looking totally bad-ass, this likeness of Lion-O captures some of the action that was seen in nearly episode of the cartoon. Remember when Lion-O’s eyes would glow when he wielded the Sword of Omens? This statue’s eyes, along with the Thundercats symbol on the sword, will glow a fiery red, too.

The Lion-O statue is also dressed in real fabric clothing that matches his iconic outfit from the cartoon series. 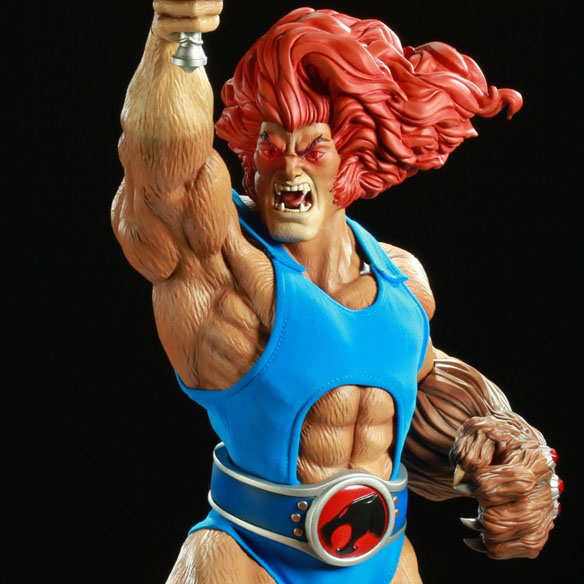 The mighty champion of Third Earth is ready to wield the Sword of Omens for you with the ThunderCats Lion-O Mega Scale Deluxe Edition Action Figure. Standing over 14-inches tall, the leader of the Thundercats is ready to stand against the forces of evil with […]

Lion-o’s greatest foe has found new power as the ThunderCats Mumm-Ra Glow-in-the-Dark Mega Scale Action Figure. Based on the original Thundercats animated series and standing 14-inches tall, the mighty Mumm-ra features 8 points of articulation, a real cloth cape and bandages, and a mystical and […]