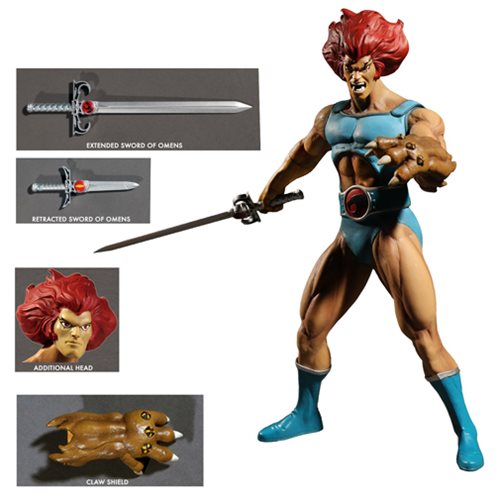 The mighty champion of Third Earth is ready to wield the Sword of Omens for you with the ThunderCats Lion-O Mega Scale Deluxe Edition Action Figure.

The ThunderCats Lion-O Mega Scale Deluxe Edition Action Figure will be available June 2017 but it can be pre-ordered now for $34.99 at Entertainment Earth. You can also keep an eye out for discount price alerts on the figure at Rout.com.

Lion-o’s greatest foe has found new power as the ThunderCats Mumm-Ra Glow-in-the-Dark Mega Scale Action Figure. Based on the original Thundercats animated series and standing 14-inches tall, the mighty Mumm-ra features 8 points of articulation, a real cloth cape and bandages, and a mystical and […]