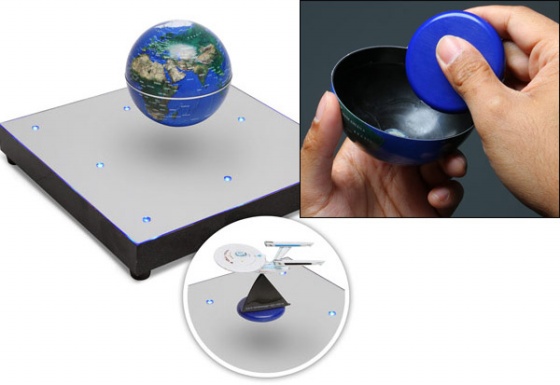 Now here’s more stuff that you (or your kids) can say “Wingardium leviosa” to and expect the objects to actually levitate. While the famous levitation charm from the Harry Potter series won’t work on normal objects, they certainly will if you use it in conjunction with the Levitron Revolution.

Unlike the Magic Levitation Wand which is pretty limited when it comes to the objects it can levitate, the Levitron Revolution lets you make objects that are less than 12 ounces magically float. Of course, technically you’re just placing your object on top of the disk that levitates because of magnetism, but it’s still a pretty cool sight to behold and something that kids will be none the wiser to when they see it. 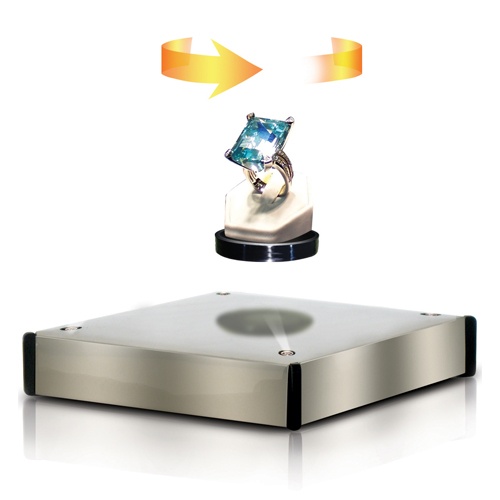 The Levitron Revolution with EZ Float Technology is a mesmerizing way to display small objects. The device allows you to levitate and slowly rotate your collectibles, toys, small office supplies – pretty much anything weighing up to 12 ounces.

To float an object, you first levitate the included small magnetic disc. Four LED lights on the base station help guide the alignment. Next, place your item of choice on top of the disc. The Levitron’s base station automatically compensates for changes in weight.

The Levitron Revolution is available from Vat19 for $99.99.

Most of the levitation gadgets we’ve covered here at GeekAlerts have had some kind of useful functionality – a photo frame, an earth globe etc. But the only purpose of this Cherry Wood Levitron is for you to have fun and be able to impress […]

Every time I see a Guy Fawkes mask I think of the graphic novel turned movie, V for Vendetta. In it, the man who dons the Fawkes mask is portrayed as some sort of underground hero. It was only recently that I learned that the […]

Prepare yourself, young Padawan, because the Star Wars Levitation Lightsaber Limited Edition Fountain Pens will test your love for Star Wars. Is the Force strong with you? Oh my! Where to begin? First, we have classy fountain pens designed to look like the lightsabers of […]

You’ve played with all of the other Rubik’s cubes, now here is another challenge. You might think this one is easy because it is in cube form, but several challenges await. The Techno Source Rubik’s Revolution is a new take on the old puzzle. The […]