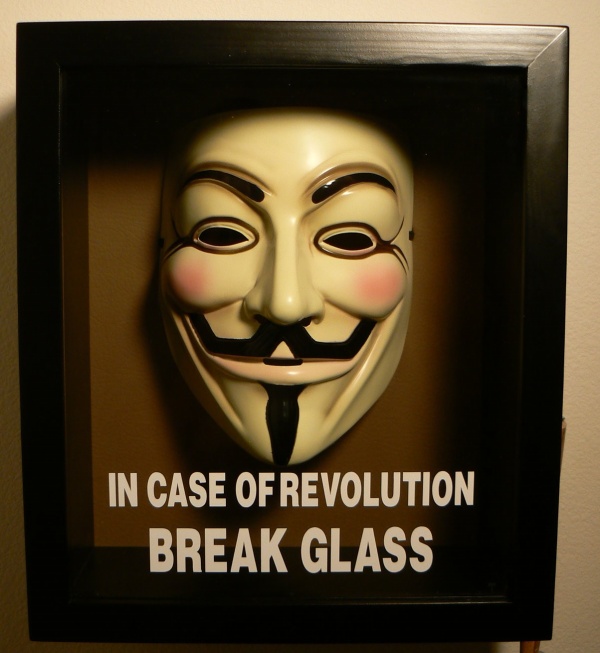 Every time I see a Guy Fawkes mask I think of the graphic novel turned movie, V for Vendetta. In it, the man who dons the Fawkes mask is portrayed as some sort of underground hero. It was only recently that I learned that the real Guy Fawkes was the leader in a failed plot that made him more like the villain instead of the hero.

So the next time you want to conceal your identity and achieve a chilling effect while you’re at it, then the In Case of Revolution Anonymous Mask Shadow Box would be a nice thing to have in your home.

The In Case of Revolution Anonymous Mask Shadow Box looks like those “In Case of Emergency” or “In Case of Fire” boxes painted in bright red that either contain an ax or hose that you can use, depending on the bind you find yourself in. Only, this one is in black and contains a mask that can help you reveal the other side of your personality. 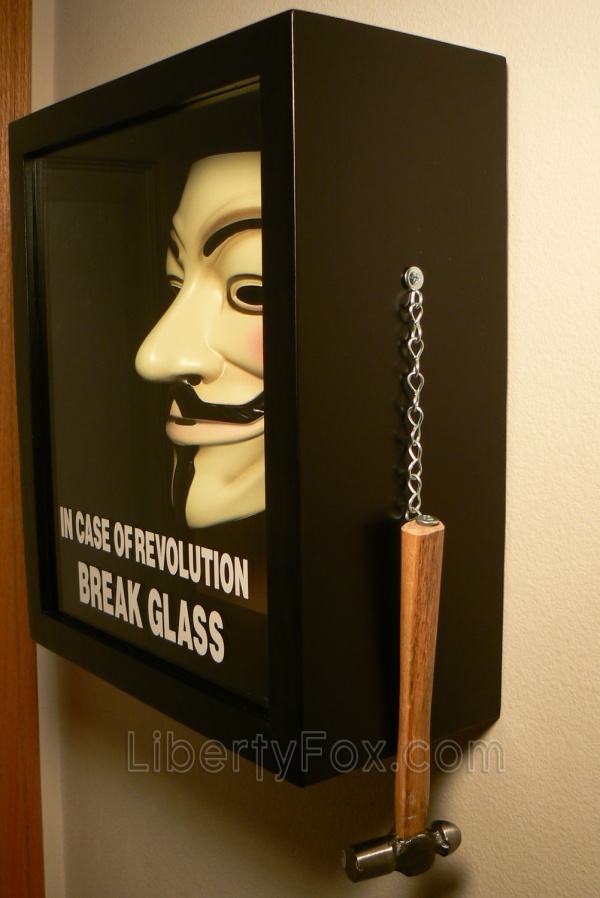 The In Case of Revolution Anonymous Mask Shadow Box is available from Liberty Fawkes’ shop on Etsy for $129.99. You can find a similar costume masks at Amazon.com.

The presidential election will be here before you know it and people everywhere want to voice their opinion. This DC Comics V For Vendetta Pop! Movies Vinyl Figure is a great reminder to fight for freedom and stand up for what you believe in. At […]

Remember, remember, the 5th of November. And if you find yourself as part of an anonymous revolution, you will want to get your hands on this V For Vendetta Graphic Novel and V Mask. What else are you going to wear on Guy Fawkes Night? […]

Now here’s more stuff that you (or your kids) can say “Wingardium leviosa” to and expect the objects to actually levitate. While the famous levitation charm from the Harry Potter series won’t work on normal objects, they certainly will if you use it in conjunction […]

At the moment, there is still about an hour left to win a free Microfiber Electronics Cleaning Cloth, and there are only 41 entries so far. This means you have excellent odds of winning. We also have two huge giveaways coming up soon. Make sure […]

This Star Wars Return of the Jedi Wood Shadow Box is going to look great on your wall. It’s a nice way to celebrate the movie that ended the original trilogy. There’s nothing like a shadow box to showcase the stars of Star Wars: Episode […]