As football fans and partiers alike get ready for Super Bowl XLVI at Lucas Oil Stadium, the media outlets are busy pushing articles about anything from how a player brushes his teeth to what his mom likes to watch before the big game. While I’m sure many of you are bored with those articles, GeekAlerts did find a pretty cool video showing a LEGO built Lucas Oil Stadium. 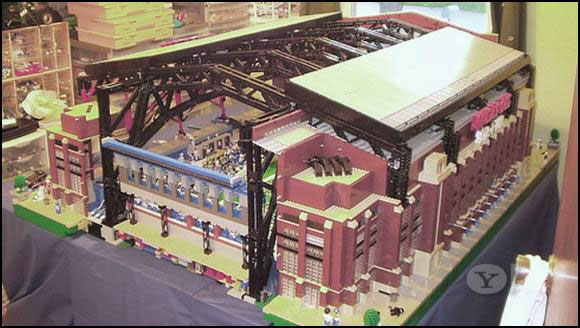 This LEGO Super Bowl Lucas Oil Stadium was built by a local Indiana resident that happens to be an engineer. He used architectural renderings and drawings published from the actual site to create this 30,000 block LEGO masterpiece. It took him roughly 3 years and a lot of late nights, but I think you will agree it was well worth it.

From the video, it seems like the LEGO Lucas Oil Stadium will be on display at the actual stadium during Super Bowl weekend. Nice build Brian!

You can build just about anything with LEGO bricks. But can random objects turn into LEGOs? Stack-A-Doodle Stackable Lego Block Crayons are an example of how the world’s best toy can also have an alter ego.   Look at how nicely these brick crayons lay on a flat surface. You can’t expect […]