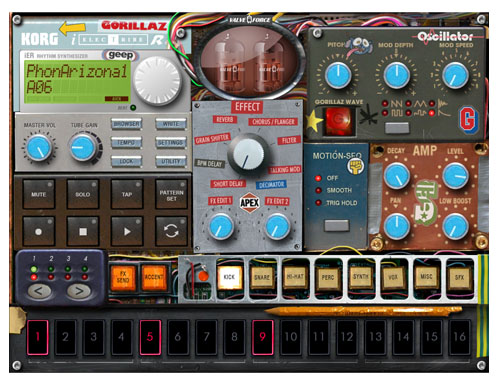 Korg, a technological leader that has created innovative electronic music products for the last 50 years, has just developed and released several new music apps for your Apple device. iKaossilator 2.0, iMS-20 1.5, and iElectribe Gorillaz Edition iPad allow you to create and edit music all while you’re on the go to further your listening pleasure.

Each app offers special features and functions not found on previous editions. The iElectribe Gorillaz Edition is a team project between Korg and the virtual band Gorillaz, resulting in a new dedicated beatbox for the iPad users. With 128 Gorillaz sounds and 64 preset patterns, you’ll be able to enjoy listening to detailed beats from the latest Gorillaz album all from your iPad. 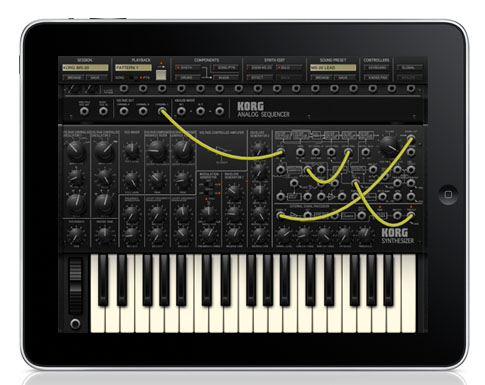 Korg’s ground-breaking recreation of one of their most coveted vintage synthesizers, the MS-20, this app offers deep analog-style sound creation, along with a healthy assortment of recording features including a full mixer, effects and even drum parts. Users can also control iMS20 with external MIDI controllers via Apple’s USB Camera Connection Kit, and can even share the songs they create via the SoundCloud online audio sharing network. 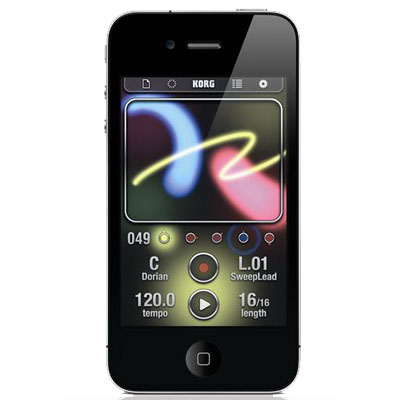 The palm-sized KAOSSILATOR synthesizer placed modern music-making in the hands of thousands of musicians and non-musicians alike. Now that same excitement has been captured in the iKaossilator app for iPhone!

You can purchase the Korg Apple Device Apps (iSM-20 1.5, iKaossilator 2.0, and iElectribe Gorillaz Edition iPad) all at iTunes starting at only $9.99.

It’s never too late to add last minute touches to your Halloween party. The Korg: Monotron Duo and Delay puts the thrill of an analog synthesizer into your hands. Create some ghoulish sounds or just have some fun friends and work on your next big […]

Are you still looking for that perfect Valentine’s Day gift for your musically inclined significant other? Well, with the Korg microPIANO you can get a gift that both you and significant other will enjoy for hours on end. This “Natural Touch” mini keyboard is compact […]

The Kaossilator from Korg is a pocket-sized instrument with a new innovative interface, allowing the user to play musical phrases by simply tapping or sliding the fingers across the touch pad. The KAOSSILATOR is a portable, travel friendly device that runs on batteries, so you […]

Here’s a fun little accessory for iPad users – a red stand that has been designed to look like an apple and will fit your Apple tablet computer perfectly.