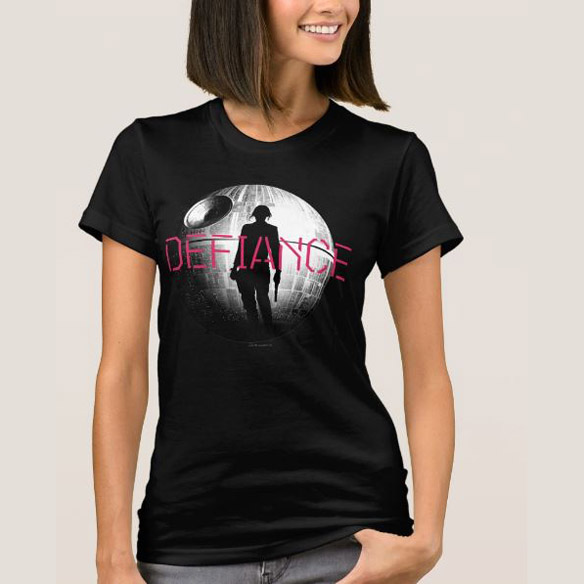 Before Luke Skywalker took off into space with a crazy old man and a cocky smuggler, a group of Rebels risked their lives to get the blueprints for the Empire’s secret weapon, the Death Star.

This 100% cotton tee features one of those Rebels, Jyn Erso, silhouetted in front the planet-destroying base.

Defy boring clothes with fashion that’s strong in the Force, and customize it by adding text and choosing from a variety of colors.

The Jyn Death Star Defiance Graphic T-Shirt is available for $24.95 at the Disney Store.

Get in touch with your inner Jyn Erso with the Star Wars Rogue One Jyn Erso Stormtrooper Doll. We’re talking about the kid version of Jyn, of course, before she grew up and became a rebel. Once upon a time ago, little Jyn Erso had […]