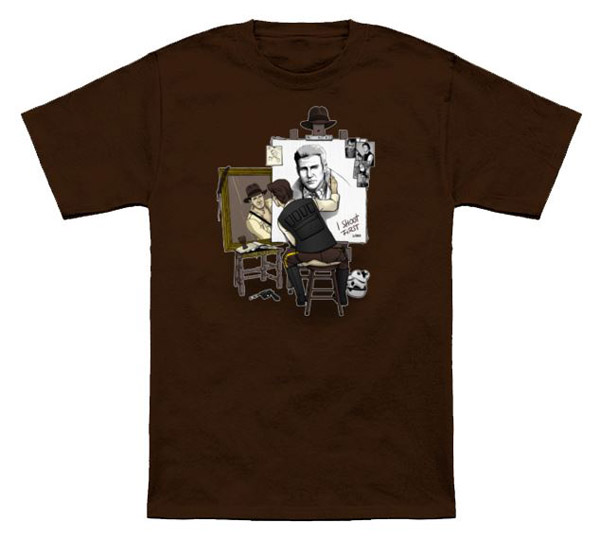 Unlike his Star Wars co-stars, Ford has had the good fortune to become associated with not just one, but two, iconic characters. Sure, Mark Hamill carved out a nice little career as the voice of the animated Joker, but Ford wins the prize when it comes to facial recognition. Not only is he known to an entire generation as Han Solo, but he also won over the action adventure crowd as Indiana Jones… and to a slightly lesser degree, Blade Runner’s Rick Deckard.

Artist Ursula Lopez has woven those iconic characters into a tee that features various faces of the actor as Han Solo takes a break from battling the First Order to paint a self-portrait. 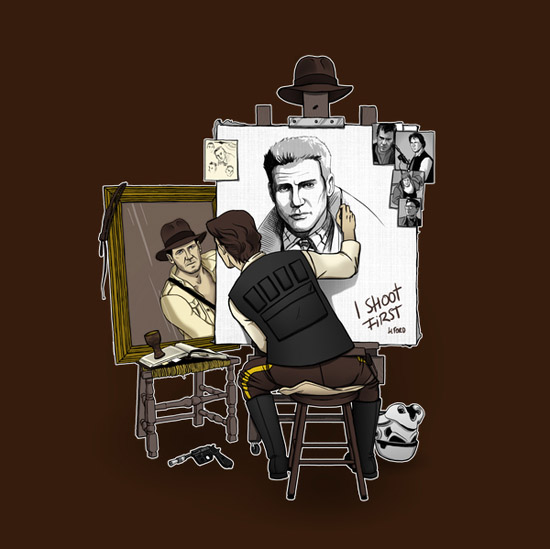 The Indiana Solo Hero Self Portrait T-Shirt is available for $19.95 at NeatoShop.

Fans of the original Star Wars Trilogy love Han Solo and he has been memorialized in countless times in LEGO toys, clothing, statues and now this awesome print. Designed by William O’neill, Scoundrels – A Han Solo & Indiana Jones Mashup is a limited edition […]