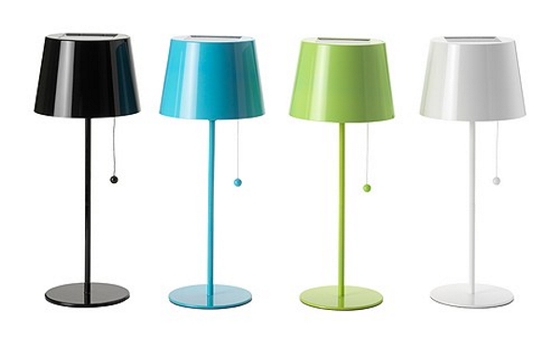 You’ve heard about how people can use solar energy to power up their homes. You might already be one of the hundreds of thousands of people who’s got solar panels installed on your roof. But do you have the IKEA Solvinden Solar-Powered Table Lamp on your desk?

These table lamps from IKEA come with 3 rechargeable AA batteries that store up energy through the solar panels located at the top of the lamps. On sunny days, you only need to position the lamp strategically by your window for 9-12 hours. When the clouds are out, it will take around 15 hours though.

These IKEA Table Lamps retail for $19.99. Head on over to your local store to get a lamp or two today.

In amusement parks there’s always that fantastic plane ride that goes round and round and lets kids believe they’re controlling their own airplane. The Solar Powered Plane Ride Toy will bring you back to your own childhood dreams of navigating through the clouds, and only caring if you had enough tickets to […]