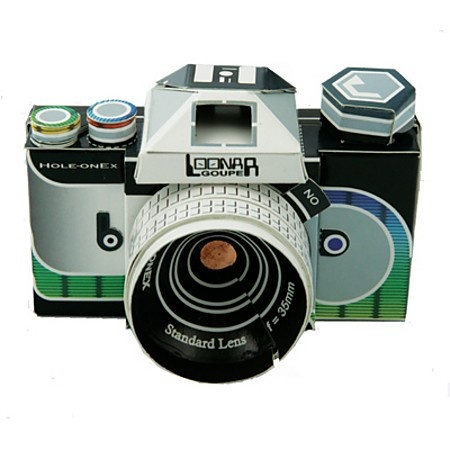 For covert photo operations, you might want to consider putting on the Electronic Spy Camera Shirt or taking this Hole-On Ex Pinhole Camera with you instead. The former features a design that when looked at closely, might reveal to the subject its real nature.

On the other hand, the Hole-On Ex Pinhole Camera is just what it’s name suggests: a pinhole. Stick it in any tiny opening and you’re all set. But before you can use it, you’ve got to assemble it, making this kit a favorite for DIY enthusiasts. It also comes in this thoughtfully designed box that’s shaped like a camera, which you can tweak so that the pinhole camera itself is fastened inside. Don’t reign in your creativity with this DIY project. 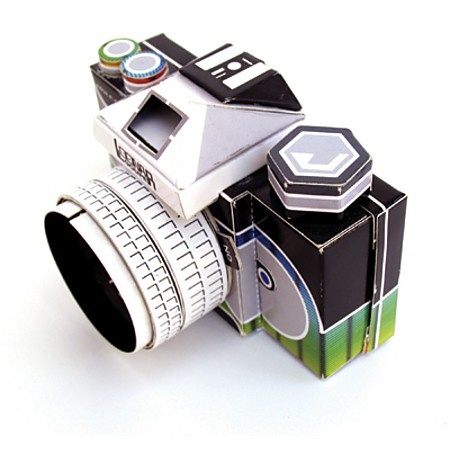 Did you spend a fortune on the best digital camera on the market but still can’t figure out how to switch it on? Maybe you’re one of these people who love disposable cameras and hate the fact that digital photography has taken over analogue.
Well, now you can throw out your digital camera and go back in time with “Hole-On-Ex” a kit you can use to build a pinhole camera.
The camera comes folded in an original box shaped like an LP. Inside you’ll find everything you need to build the camera in about 2 hours.

The Hole-On Ex Pinhole Camera is available from Curiosite for $20.86.

Diana Multi-Pinhole Operator is the name of this new camera by the Austria-based company Lomography. Bringing you a “colour-crazed, multi-format revolution to pinhole photography”.

Interoffice romance usually leads to trouble, but there’s nothing wrong with having a little fun. Use this Heart Hole Punch to create some heart shaped confetti or to add a little love to your boring daily reports. The Heart Hole Punch is perfect for classrooms, […]

The all-plastic lens on this 60s inspired Diana+ camera will ensure that you get the original “dreamy, gorgeous, color-drenched, sometimes-blurry, and often-mind-blowing” feeling in your photos.

What looks to be a silly hip-hop accessory actually turns out to be a surprisingly sophisticated piece of electronic equipment in the shape of geeky eyewear. Introducing the Eye Glasses Digital Camera. At your next hip hop gathering, serve some funky cold medinas and don’t forget to add […]