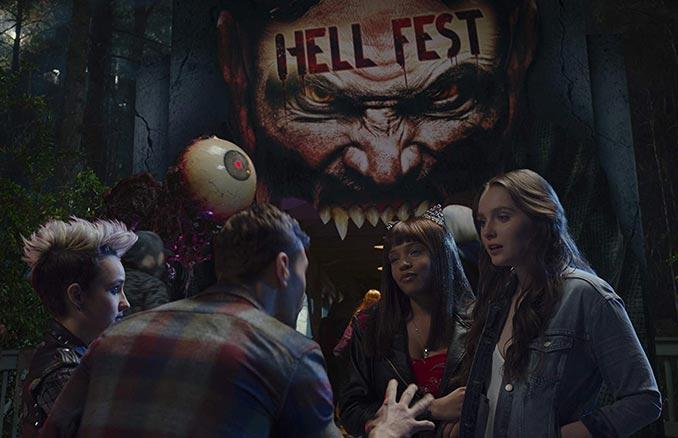 If you’re looking for a horror film to help get you in the mood for Halloween, check out the Hell Fest Movie Official Trailer. Lionsgate just released the trailer today, even though the movie is already in theaters, having come out a few weeks ago on September 28.

In this movie, which stars Reign Edwards, Bex Taylor-Klaus, Amy Forsyth, and Christian James, three young couples go to a gruesome traveling carnival called Hell Fest on Halloween night. A masked serial killer stalks them through the ghoulish theme park, while everyone else thinks it’s just part of the show.

Fun Getting In. Hell Getting Out. Hellfest, starring Reign Edwards, Bex Taylor-Klaus and Amy Forsyth.

On Halloween night, three young women and their respective boyfriends head to Hell Fest — a ghoulish traveling carnival that features a labyrinth of rides, games and mazes. They soon face a bloody night of terror when a masked serial killer turns the horror theme park into his own personal playground. 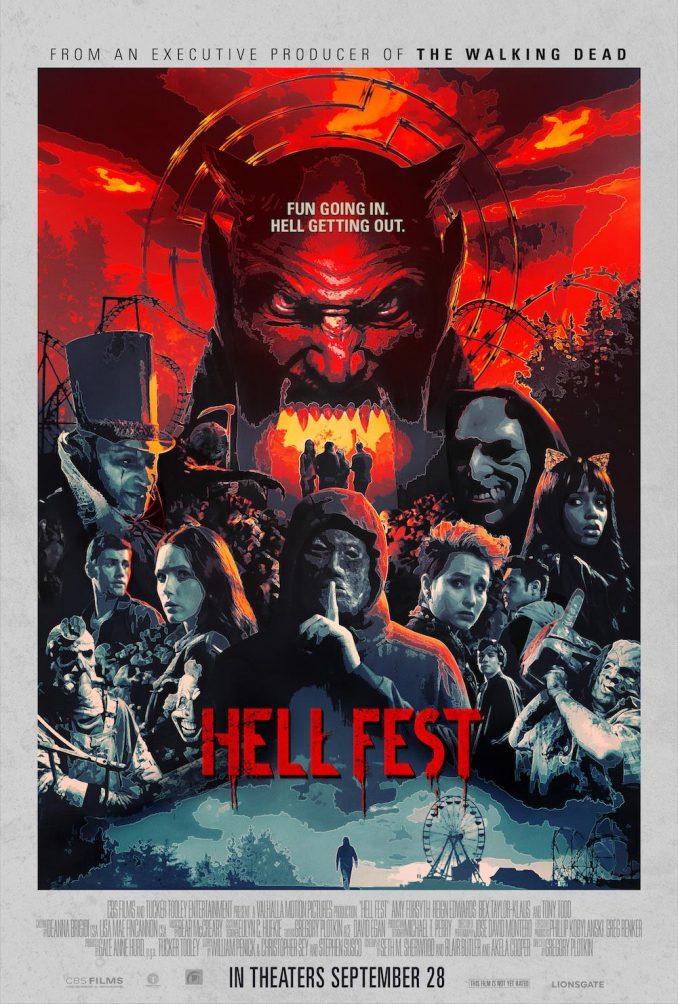 When the carnival rolls into town, it’s not the games and rides we most look forward to; it’s the junk food! Instead of punishing yourself by dealing with crowds, parking, loud music, ridiculous ticket prices, and pushy carnies, create your own carnival feast at home […]

Watch the Hunter Killer (2018 Movie) Trailer for a film that is filled to the brim with fierce action and intense thrills. It’s a story about an American submarine captain and his crew, along with an elite team of U.S. Navy Seals, that must rescue […]

Next month will see the release of numerous horror movies, but perhaps none are more eagerly anticipated than the new Halloween movie. Today Universal Pictures released a New Halloween Trailer, a followup to the Official Trailer from June. As mentioned in the previous article, this […]

Demon to some, angel to others. awesome to everyone. The Hellraiser Hell Priestess Premium Format Figure has such sights to show you. Hellraiser’s Pinhead gets gender-swapped with this 23.25-inch-tall statue that shows plenty of skin… along with plenty of muscle, too, where the skin gets […]