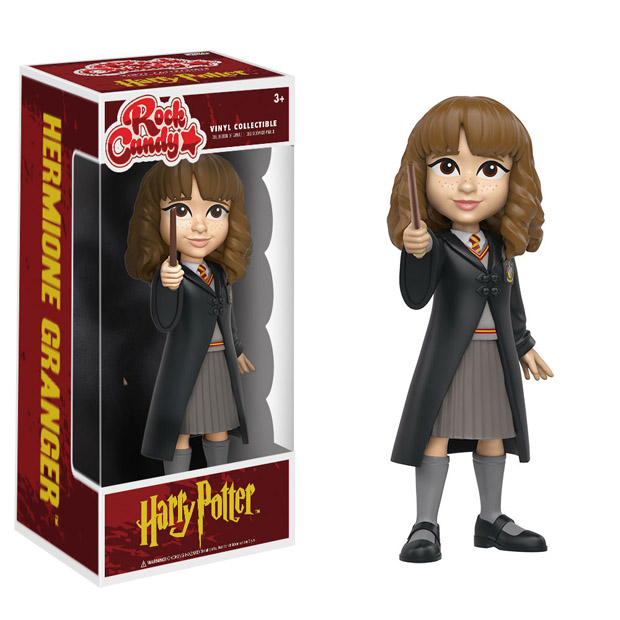 You don’t have to know how to say her name to enjoy the Harry Potter Hermione Granger Rock Candy Vinyl Figure.

Based on Emma Watson’s portrayal of the unstoppable Hermione in the Harry Potter films, this 5-inch-tall vinyl figure features the brightest witch of her age wearing her Gryffindor school uniform, her wand at the ready as she prepares to help her friends in the battle against He-Who-Must-Not-Be-Named.

No need to manage mischief. The best deals on Hermione Granger merchandise can be found at Rout.com.

These POP! Harry Potter Vinyl Toy figures are a perfect addition to your collection. These super-cute Funko POP! versions of Harry Potter characters look adorable. You can choose from Harry Potter, Hermione Granger, or Ron Weasley. Harry Potter fans will want to collect them all. […]