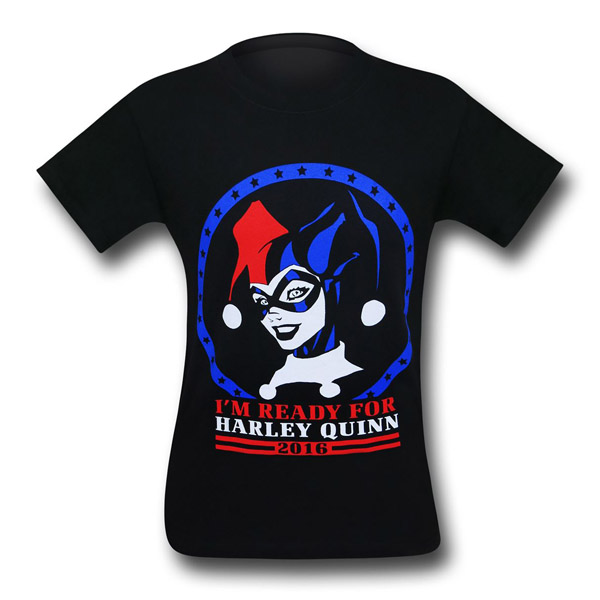 She has a white face so why not put her in the White House? Wear the Harley Quinn for President T-Shirt to let everyone know who you want in charge in 2016.

Sure, her boyfriend is the Joker, she’s broken the law a few times, and even tried to kill Batman once or twice, but is she really that much worse than some of the other voting choices out there? At least with Harley you know where you stand because she doesn’t hide the crazy. 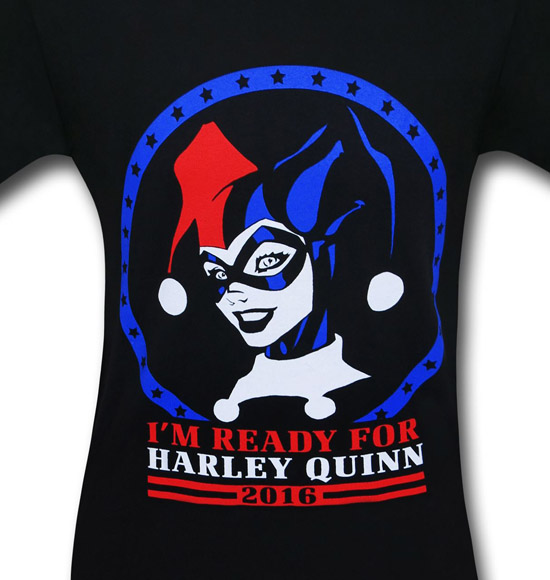 The Harley Quinn for President T-Shirt is available for $19.99 at SuperHeroStuff.com.

When the next election rolls around, show your support for the only person truly crazy enough to handle the job with the Deadpool for President T-Shirt. While Deadpool could promise a chimichanga in every pot, he’s decided he needs to play a little hard to […]

Holy election polls, Batman! The Dark Knight is looking to trade the Batcave for the White House on the Batman for President T-Shirt. There are Republicans and Democrats, and then there’s Batman. Honestly, does anyone else stand a chance if the Caped Crusader decides to […]

The Queen of Chaos is ready to step up to the plate on the Harley Quinn Batter Up T-Shirt, and she’s not looking to play baseball. Dressed in the outfit she wears in the Arkham Knight video game, Harley is ready to watch a few […]