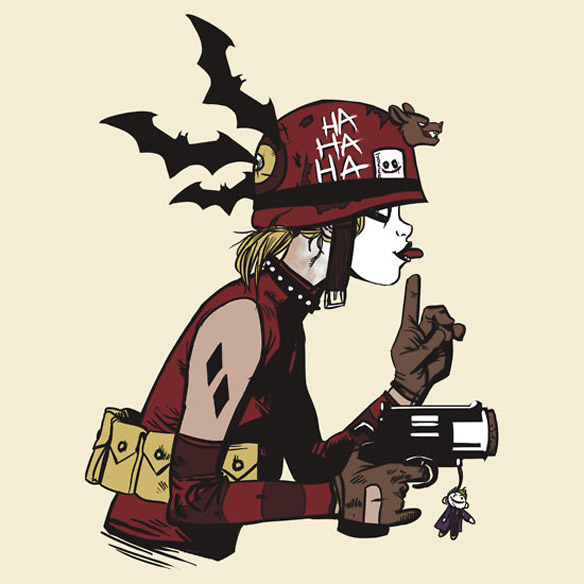 Two psycho girls make for one awesome shirt with the Harley Quinn Tank Girl T-Shirt, offering up an idea that could give even Batman nightmares.

Tank Girl wasn’t the daintiest thing when she arrived in the mid-80s, rolling across post-apocalyptic Australia in her tank, and we all know Harley Quinn only has a flirtatious relationship with sanity, but can you imagine what would happen if the two characters were combined?

Well, thanks to artist Valhalla Halvorson, you don’t have to imagine. The new Harley has apparently given up TG’s nasty smoking habit, choosing instead to simply stick out her tongue instead of suck on a butt, but it looks like things might not have gone so well for the Dark Knight when he encountered the tank-empowered girl because Harley is wearing his utility belt. Poor Bats. At least he put up a pretty good fight, judging from the three batarangs sticking out of the back of Harley’s helmet. 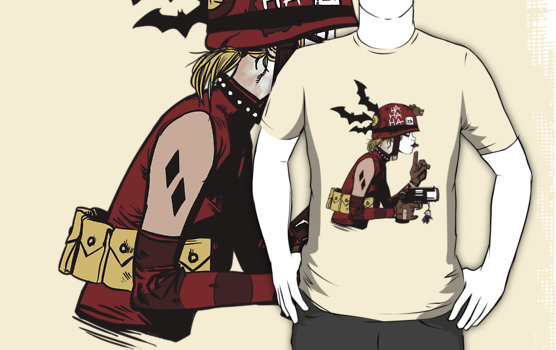 The Harley Quinn Tank Girl T-Shirt is available for $25.52 at RedBubble.

Justice has a dark side with the Harley Quinn Suicide Girl T-Shirt, and Daddy’s Little Monster is ready for a little mad love. Everyone fell in love with Harley Quinn when she first appeared in the Batman universe, and she’ll soon be infecting people with […]

Whether you like the classic Harley or Suicide Squad version of her, there’s a pair of Harley Quinn Tights that are just right for you. If you’re into the tattooed princess of chaos that will soon be wreaking havoc on the big screen in Suicide […]