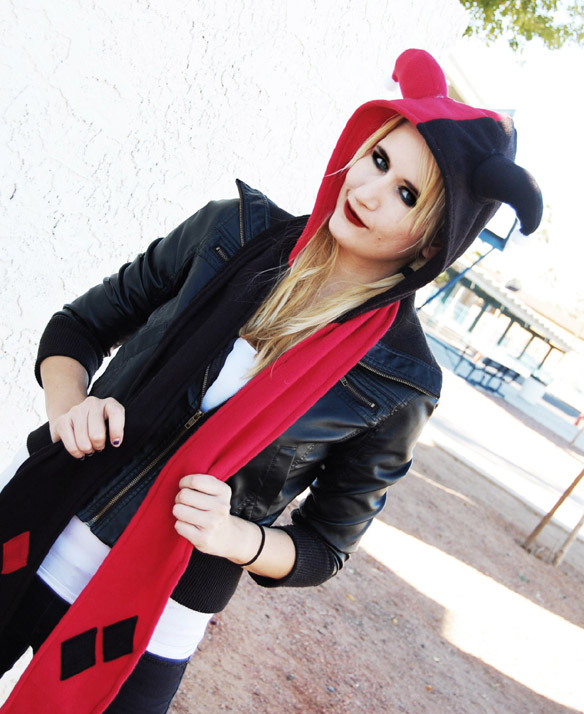 The Harley Quinn Hoodie Scarf is an idea that sounds almost as crazy as the Joker, but it’s still perfect for people who don’t want to buy a complete jester outfit.

In the past, lovers of Harley Quinn have had tough choices to make. In order to dress as their favorite psycho psychiatrist, they either had to go for the skintight harlequin outfit or they could choose something a little more revealing from Harley’s other various costume choices.

Now, however, cosplaying Ms. Quinn just requires a scarf… which happens to have a hood attached to it. 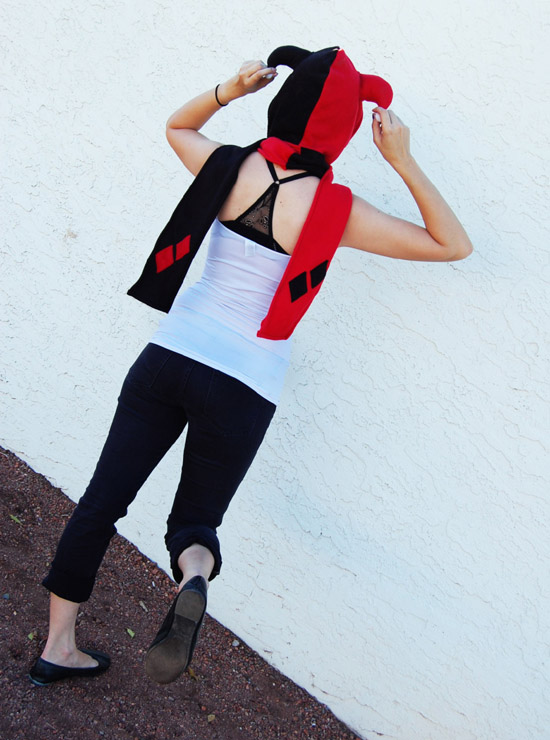 The Harley Quinn Hoodie Scarf is available for $38 at cleighcreations’ Etsy store.

One of the few good things about winter is that you get to wear all your warm hoodies. GeekAlerts has shown you plenty of themed hoodies in the past, like the Minecraft Creeper Hoodie, Deadpool Hoodie, Darth Vader Hoodie, R2-D2 Hoodie and many others, and […]

If you’re looking for a new Batman hoodie, you’re in luck because you’ve got quite a selection to choose from. We’ve shown you the Batman All View Mens Zipped Hoodie, the Batman Costume Hoodie, and if you bat for the side of evil you’d want […]