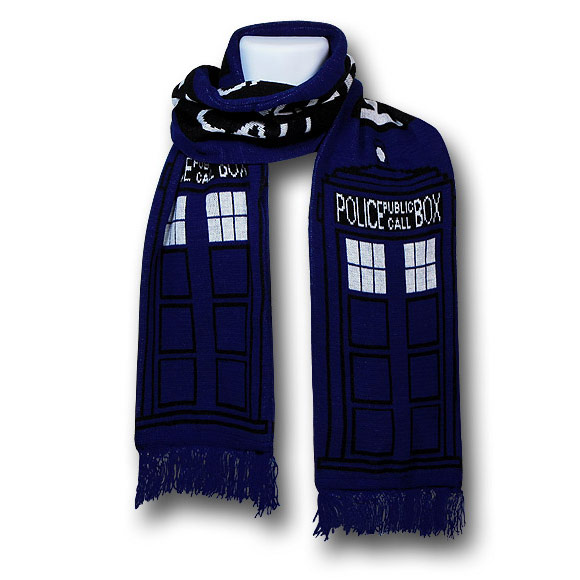 A scarf might not be a standard part of the Doctor’s wardrobe these days but that doesn’t mean you can’t show your allegiance to the Time Lord with the Doctor Who TARDIS Scarf.

Tom Baker (the Fourth Doctor) would be proud to see the noble TARDIS displayed in such a fashionably neck-enhancing way, and current Doctor Matt Smith would probably agree that the familiar design and color scheme makes this particular scarf cool. 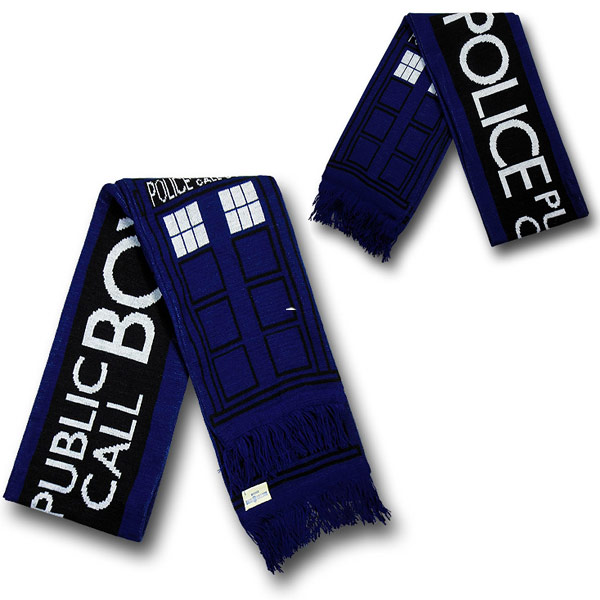 On one side of the six-foot-long scarf, the iconic police box decorates the two ends of the scarf while the flip-side has a large black banner that states the simple blue walls hold nothing more exciting than a Police (Public Call) Box… although all Whovians know that’s a big lie.

You can get the Doctor Who TARDIS Scarf for $31.99 at SuperHeroStuff.com and for about $26 at Amazon.com.

UPDATE February 2013: You can now purchase the Doctor Who TARDIS Scarf at Hot Topic for $32.50.

WHO or what are you dressing up as this year? The Doctor Who Her Universe TARDIS Tunic Tank is an easy fix if you’re a Doctor Who fan and want to wear something original and low-maintenance. In this dress, you instantly turn into a smokin’ hot […]

This Sushi Scarf looks almost too good to eat–and it would be, if you had a humongous mouth and an appetite for yarn. Unrolled, the scarf is stylish and features spunky colors from all across the spectrum. But roll it up and you get a […]

Time and Relative Dimensions In Space… on your head. That’s what you get with the TARDIS Police Box Floppy Hat. The future will be so bright you’ll have to wear shades when you’re stepping out with this Whovian fashion accessory, which gives a shout-out to […]

The movie Human Centipede was one of the grossest movies I’ve ever seen, not to mention weird and twisted. I would kind of get freaked out every time I heard a sudden sound in the house whenever I was alone. So why anyone would ever […]