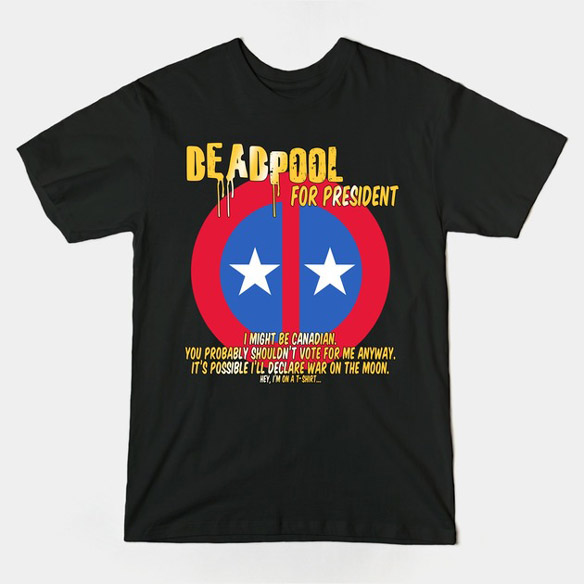 When the next election rolls around, show your support for the only person truly crazy enough to handle the job with the Deadpool for President T-Shirt.

While Deadpool could promise a chimichanga in every pot, he’s decided he needs to play a little hard to get while on the campaign trail, saying he might possibly be Canadian and that he might even declare war on the moon. Personally, I don’t think a battle with the moon would be the craziest idea to ever come out of Washington so his chances of winning might still be pretty good. 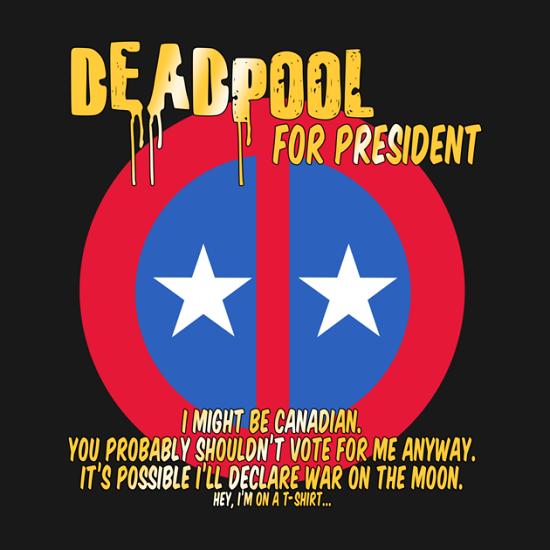 The Deadpool for President T-Shirt is available for $14 at TeePublic.com.

She has a white face so why not put her in the White House? Wear the Harley Quinn for President T-Shirt to let everyone know who you want in charge in 2016. Sure, her boyfriend is the Joker, she’s broken the law a few times, […]

Meow at the Moon Catwoman T-Shirt

Selina Kyle is feeling a little batty on the Meow at the Moon Catwoman T-Shirt as she prepares for her latest nocturnal conquest under the light of the full moon. Artists J.P. Perez and Barrett Biggers join forces to bring a cosmic Catwoman to Batman […]

The president of Wayne Enterprises has his eye on bigger things so show your support for the Gotham City billionaire industrialist with the Bruce Wayne for President T-Shirt. He was born to a wealthy family so you might not think Bruce Wayne knows anything about […]