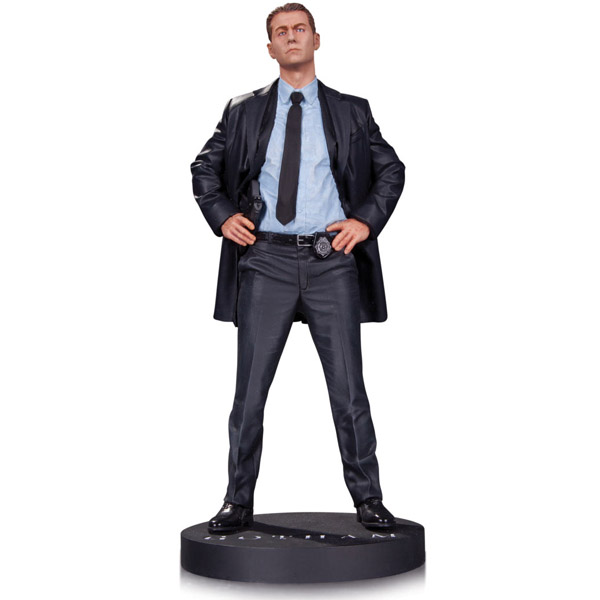 The most honest cop in Gotham City stands tall against crime with the Gotham TV James Gordon Statue.

He doesn’t have a mustache and he doesn’t wear glasses but FOX’s version of the man who will one day be commissioner has the badge and the morals that he’s always been known for in the Batman comics.

While a jacket, tie, blue shirt, and black pants aren’t as awesome as a cowl and long cape, Gordon is the hero that Gotham needs… although the city actually deserves Harvey Bullock.

The Gotham TV James Gordon Statue will be available December 2015 but it can be pre-ordered now for $104.99 at Entertainment Earth.