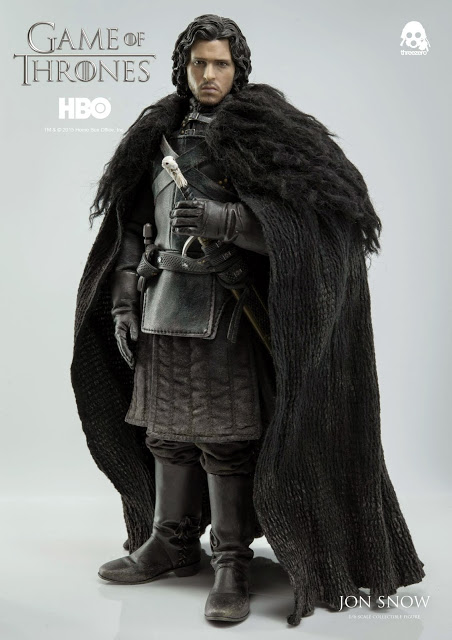 Jon Snow knows nothing but did you know you can get your hands on the Game of Thrones Jon Snow Figure?

Based on Kit Harington’s portrayal of the character in the hit HBO series, this 11.4-inch-tall figure features a realistic head sculpt, a real cloth costume, and a couple of sharp-edged weapons to deal with White Walkers and traitors. The bastard son of Eddard might appear to know nothing, but he does know that winter is coming.

There’s also an exclusive version of the figure that include’s Jon’s direwolf, Ghost. 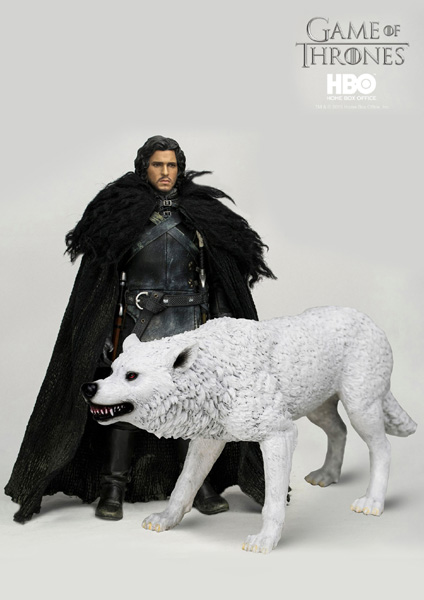 The Game of Thrones Jon Snow Figure will be available 3rd quarter 2015 but it can be pre-ordered now for $160 at threezerostore.com. The exclusive figure is available for pre-order for $190.

Whose rear will warm the Iron Throne in the end? The choices are many but it’s probably safe to assume the Game of Thrones Jon Snow Pop! Vinyl Figure isn’t in the running for the royal tushy station, but at least Snow is earning plenty […]

Look cool, while you stay warm, with this Game of Thrones Jon Snow Fur Hoodie. While this awesome jacket is detailed enough to serve for GoT cosplay, it is stylish and subtle enough to wear as your daily winter jacket. It features a faux fur-lined […]

Check out Jon Snow’s Wallet. It is a bifold wallet that features the hilt of Longclaw on the outside and the GoT logo on the inside. It has room for all of your things with four card slots, two sideways pockets, and one billholder. Jon […]