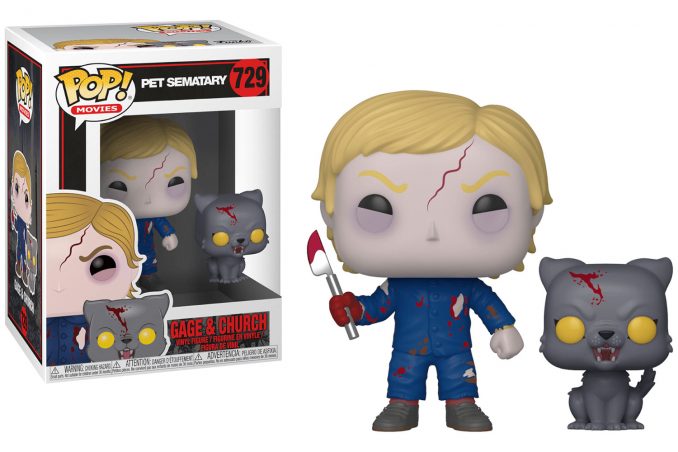 While the initial reviews of Pet Sematary were quite good, as more reactions came in the consensus was decidedly mixed. If you’re among the fans of this remake, the original 1989 film, or the book the movies were based on, you’ll appreciate this new Funko Pop! Pet Sematary: Undead Gage and Church.

This Funko Pop! Movies #729 vinyl figure features an undead Gage (played by Hugo and Hugo Lavoie in the movie) and an undead cat Church.