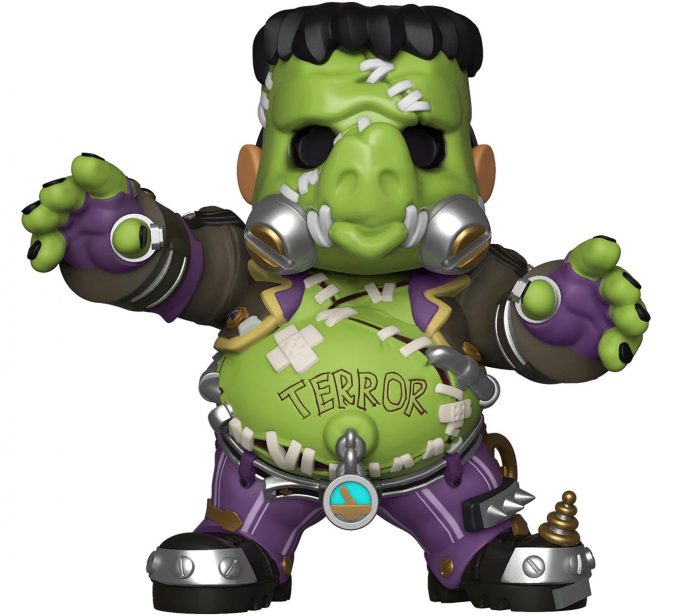 Of course, Roadhog is a massive tank, so naturally, this is a large scale Funko Pop! measuring 6″ tall, which is much bigger than the typical figures. It is Funko Pop! Games # 382, and as an exclusive, it is highly collectible. It also goes great with Halloween decorations.

Unknown by all, Dr. Junkenstein had succeeded in creating life! A twisted abomination of inhuman strength and wickedness! 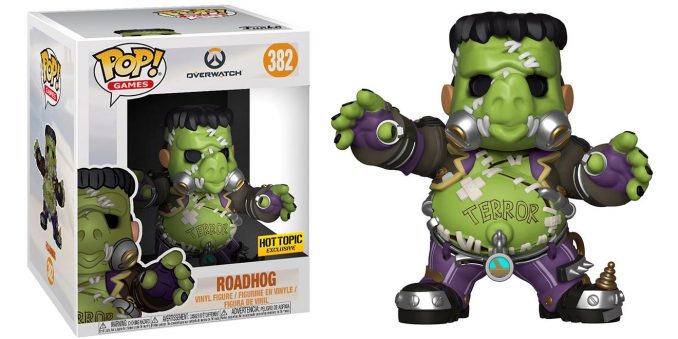 Get ready for Junkenstein’s Revenge in Overwatch with this Junkenstein’s Monster Pop! figure from Funko. Even though he’s an abomination, he’s been made pretty cute as this 6″ figure. Add him to your Overwatch collection today!

Overwatch is in the middle of their Halloween Terror Event, but the special skins aren’t just in-game, as they also have this Funko Pop! Overwatch Junkrat Dr. Junkenstein Vinyl Figure. Looking just like Junkrat as Dr. Junkenstein from the Junkenstein’s Revenge PvE game mode, this […]

Celebrate the scariest time of year with Overwatch Halloween Terror 2018! It’s a seasonal event that starts today (October 9) and runs through October 31. It includes an updated Junkenstein’s Revenge action-packed PvE brawl where you and three other teammates take on a horde of […]