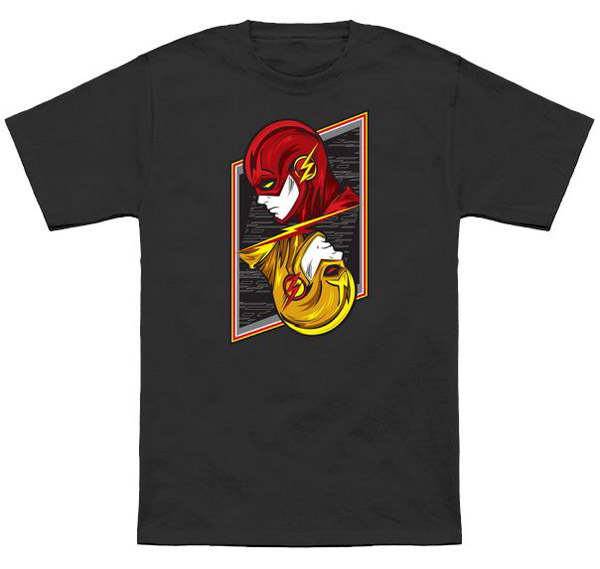 Flash and Reverse-Flash. You can’t get much more opposite than that, and the Flash Opposing Forces T-Shirt brings the two time-crossed enemies together with artistic style.

I’ll be honest. When Reverse Flash appeared in the comics, I thought he was the lamest villain ever created. An evil Flash with the same red and yellow color scheme reversed? Seriously?? Sure, they had the character do a few interesting things, with the biggie being the murder of Iris West, but he still never thrilled me.

However, the CW has done what I thought was impossible and made the character interesting in The Flash.

Whether you’re a longtime fan of the yellow speedster or just got interested when you learned [SPOILER] was the man in the yellow suit, you’ll love the image created by the artist known as AlienBiker23. 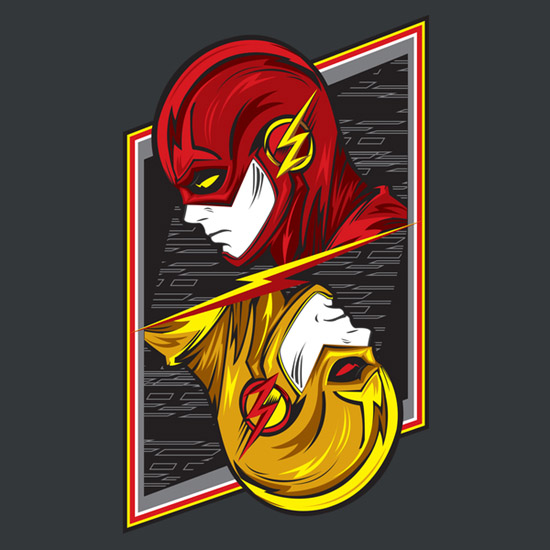 The Flash Opposing Forces T-Shirt is available for $19.95 at NeatoShop.

This Dark Forces Long Sleeve Tee looks cool and it is all about the dark side. It’s a black 100% cotton long-sleeve shirt appropriately with a dark side theme. The designs are in white ink and it features three stars across the top, a circle […]

If you want some Doctor Who love with maybe just a bit of M.C. Escher-style artistic flair thrown in, you’ll love the Doctor Who Impossible Call Box T-Shirt. The black, 100% combed ringspun cotton t-shirt features the iconic TARDIS after what appears to be a […]

How I Learned To Love The Time Machine T-Shirt

Even with all that space on the inside, the 11th Doctor knows how to take a proper rocket ship ride on the TARDIS. The How I Learned To Love The Time Machine T-Shirt shows the 11th Doctor traveling through space and time in a somewhat […]