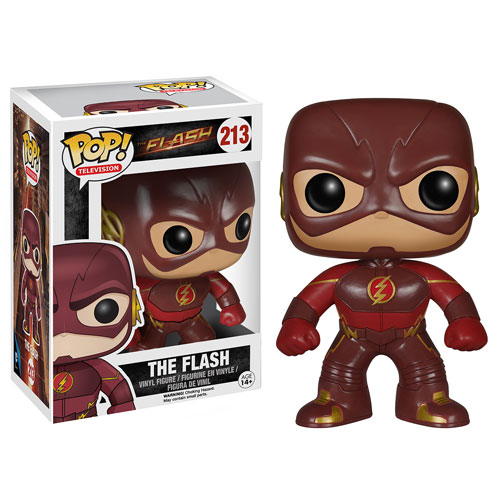 Look! Up in the sky! It’s… well, it’s nothing because he can’t fly but the Flash TV Series Pop! Vinyl Figure features a character that can do a lot of other nifty things with super-speed.

Grant Gustin has won the hearts of geeks everywhere as Barry Allen on the CW’s The Flash, and Funko is bringing us the television version of the popular DC Comics character faster than you can explain the timey-wimey twisty plot surrounding Dr. Wells.

Sadly, you’re probably not fast enough to travel into the future so you’ll have to wait a little while longer before you can get your hands on it.

The Flash TV Series Pop! Vinyl Figure will be available May 2015 but it can be pre-ordered now for $9.99 at Entertainment Earth.