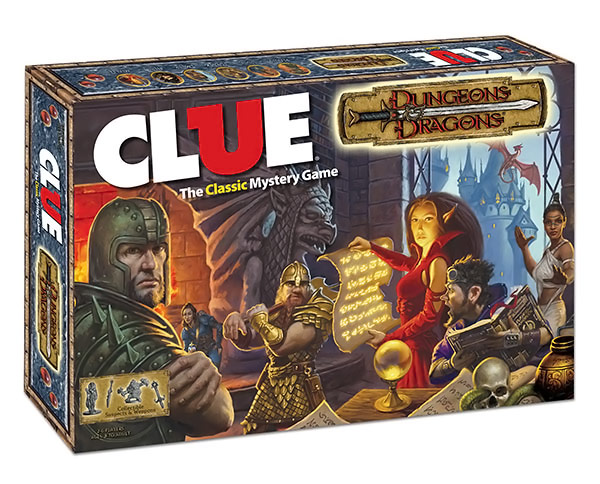 Tired of the same old Clue game? Spice things up with Dungeons & Dragons Clue. It’s the classic game with a new makeover.

You can play as Regdar the Fighter, Lidda the Rogue, Tordek the Dwarf, and more. The six weapon tokens include the Vorpal Sword, Dagger of Venom, and more. The world of D & D has clashed with clue and the game is much geekier now. The game features 9 D&D-themed rooms. 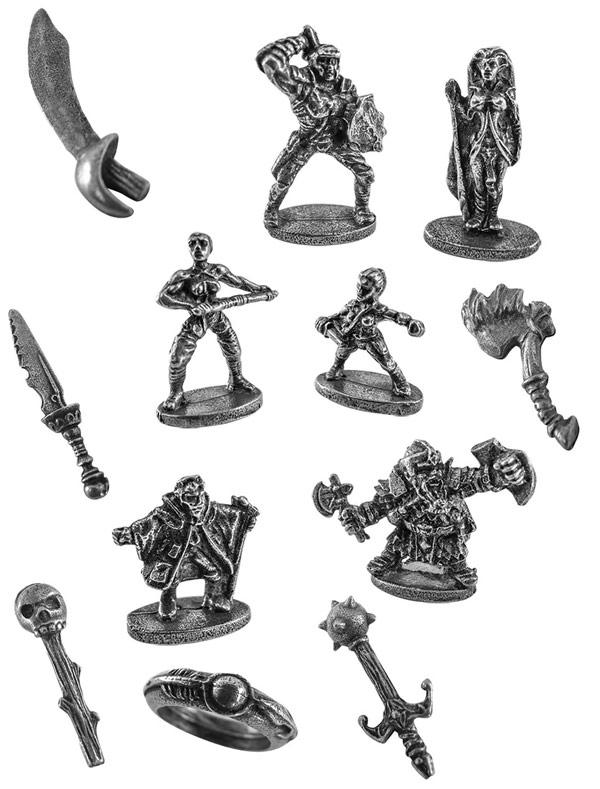 Clue: Dungeons and Dragons
Who killedthe Archmage? Was it Tordek in the Dragon’s Lair with the Flaming Battle Axe? Or Mialee in the Dungeon with the Staff of Power?

A group of heroic adventurers has been called to the Archmage’s castle. But one of those heroes isn’t who he or she appears to be. One of the heroes is a doppelganger, a monster that can look like anyone! In the darkest part of the night, the doppelganger kills the Archmage, triggering a spell that seals the castle until the monster is caught. Now, in the grand tradition of Clue, the six suspects must determine which one of them is the doppelganger: Regdar the Human Fighter, Tordek the Dwarf Fighter, Lidda the Halfling Rogue, Mialee the Elf Wizard, Ember the Human Monk or Nebin the Gnome Wizard. The heroes try to figure out Who killed the Archmage, Where the crime occurred, and What magical weapon was used. 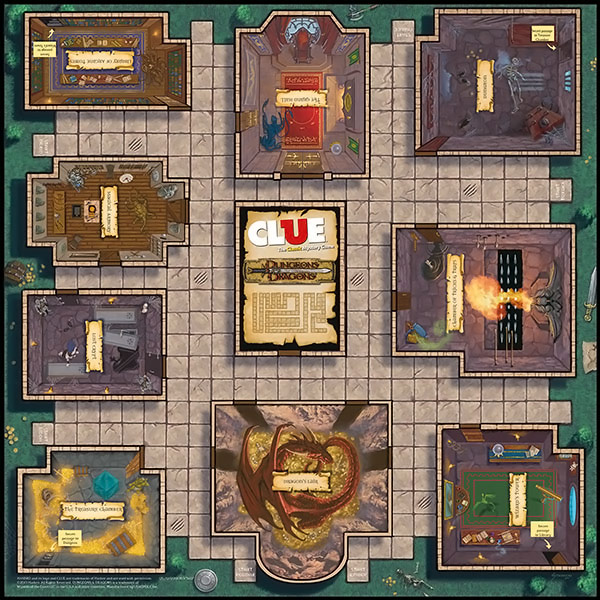 A little while back, GeekAlerts showed you CLUE The Office, and you’ve seen many of the other collectible games like Doctor Who Monopoly and Nightmare Before Christmas Trivial Pursuit.  Now that the Harry Potter movies have come and gone, we figured you would want to […]

You know the classic board game, now get ready to play it with a Family Guy twist with the Family Guy Collector’s Edition Clue game. The game is a Family Guy Themed mystery with special Family Guy themed pieces and cards. The Griffins have a […]

Everyone loves a game of clue. Who did it? Where did the deed take place? You’ll find out as you play the game. If you love the game in its large form, try out this Clue Game Keychain. It’s the classic game that you know […]

What’s the deal with…Seinfeld? It was a good show about nothing. This Seinfeld Clue Collector’s Edition may not prove as funny as the show, but it should entertain diehard fans. Plus, it is about something. Find out who did it! Newman is blackmailing everyone with […]