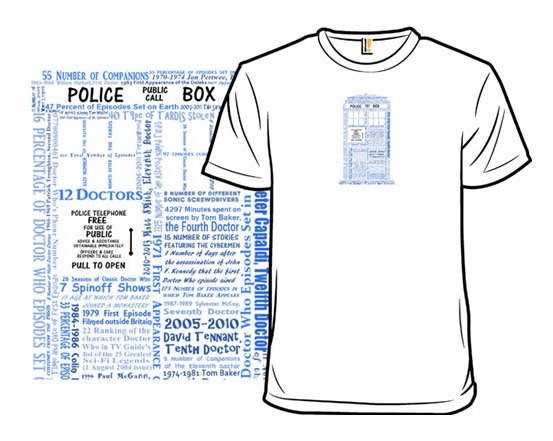 The Doctor Who by the Numbers T-Shirt, like the TARDIS itself, contains all the secrets of the Whoniverse.

All? Okay, that might be stretching things a bit much but that’s okay because the Doctor lies, which means I can, too. However, there is some truth here. Wisdom that even dedicated Whovians might not have. Contained within this seemingly simple design of the TARDIS are facts about that the Doctor Who television series that can mesmerize and entertain.

Did you know there were 26 seasons of Classic Doctor Who or that Tom Baker spent 4297 minutes onscreen as the Fourth Doctor? Did you know that 1979 was the first year Doctor Who was filmed outside Britain or that, according to the Doctor, the universe is 100 trillion years old?

Those tasty tidbits of knowledge, along with many more, are contained on this innocent-looking tee. 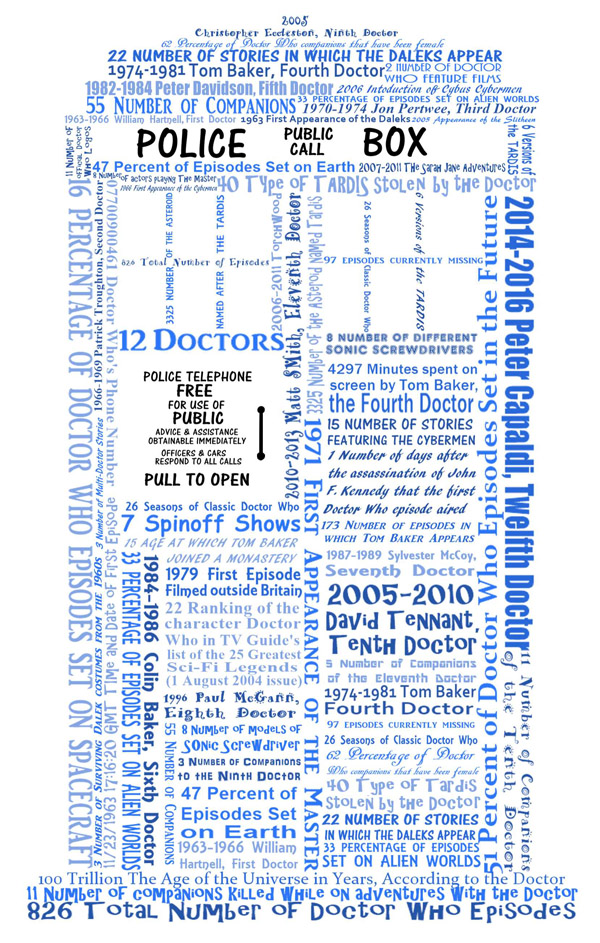 The Doctor Who by the Numbers T-Shirt is available for $11-$12 at shirt.woot.com.