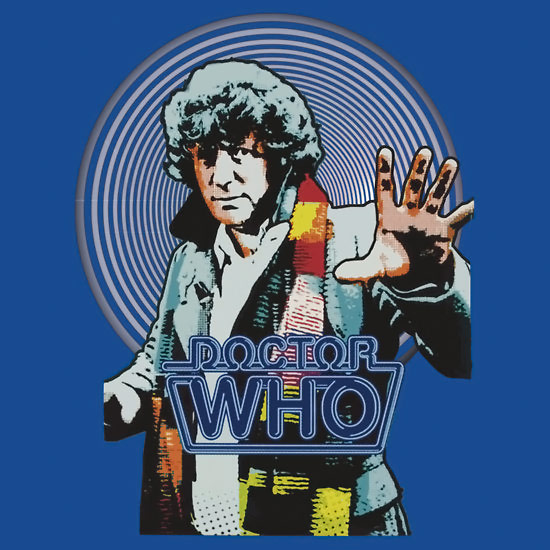 The Doctor has worn many faces through the last 50 years, but the Doctor Who Fourth Doctor Spiral T-Shirt captures the visage of the man most commonly associated with the popular BBC television show.

Tom Baker portrayed the Doctor from 1974 to 1981, which is probably why he was the first Doctor for so many people, considering that seven years is plenty of time to grow a loyal fan base.

The shirt features Baker in an iconic pose, along with the Doctor Who logo that was used during his time on the show. The spiral background, combined with the unique style of the artwork, does a great job of capturing the retro fashion of the 70s and 80s. 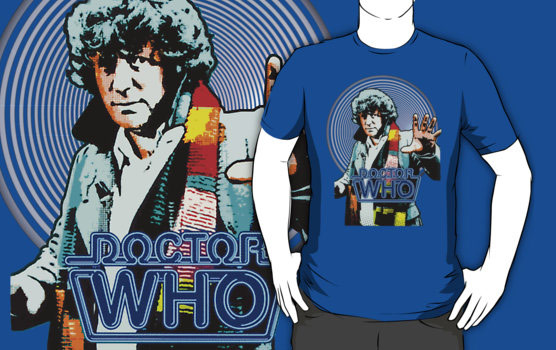 Get comfortable in your super-long scarf, kick back and have a few jelly babies, and get the Doctor Who Fourth Doctor Spiral T-Shirt for $26.59 at RedBubble.cocm.

At GeekAlerts.com, we love clever designs. That’s true whether it is something complex or somthing simple, even something as basic as a pencil eraser. These Metaphys Viss Spiral Erasers may not be high tech or complex, but their innovative design doesn’t just look cool, it […]

Liven up that pile of books on your shelf with these Nightmare Before Christmas Spiral Hill Book Ends. If you’re into recycling, then you might want to use the Recycled Record Bookends instead. There’s also the Peanuts Charlie Brown and Snoopy Bookends for the Peanuts (not the […]

I have a special place in my heart for Tom Baker because he was the madman in the box when I discovered Doctor Who, and the Fourth Doctor DVD Time Capsule is the perfect item for any Whovian, especially if they remember a time when […]

You might not love jelly babies or have an android dog named K-9 but these Doctor Who Fourth Doctor Leggings will still let everyone know the Fourth Doctor is one of your favorites. Tom Baker’s version of the Time Lord was known for his super-long […]

Fans of classic Doctor Who will want to get their hands on this Fourth Doctor Definite Article Art Print, featuring Tom Baker as the scarf-wearing, jelly-baby-loving Time Lord. This 14″ x 11″ print provides an excellent likeness of Baker, along with a glimpse at the […]