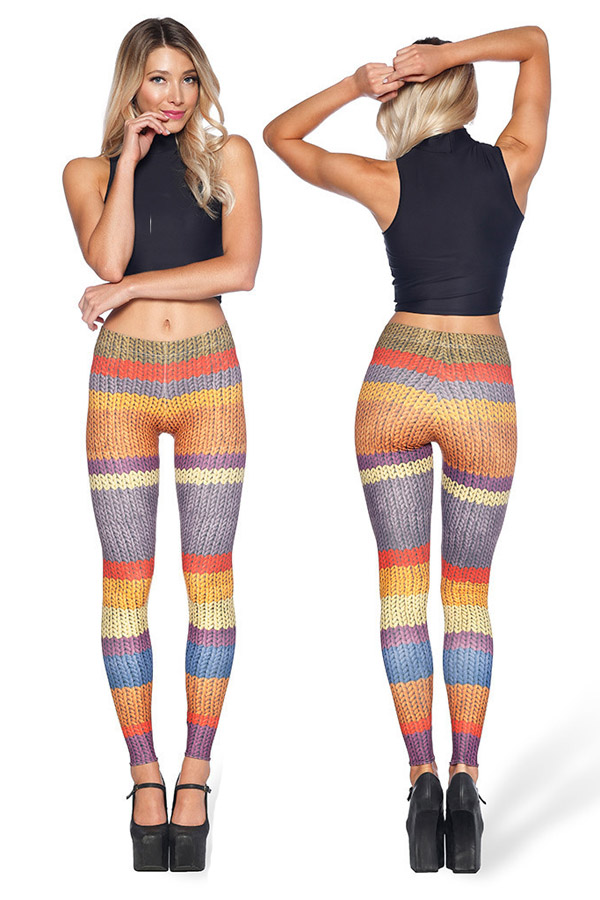 You might not love jelly babies or have an android dog named K-9 but these Doctor Who Fourth Doctor Leggings will still let everyone know the Fourth Doctor is one of your favorites.

Tom Baker’s version of the Time Lord was known for his super-long scarf. It was eye-catching, it was colorful, it was super-long, and it was even introduced to a new world of fans when super-fan Osgood appeared in the Whoniverse. Actually wearing a super-long scarf while doing daily activities could be a bother, which is why Black Milk created these 82% Polyester/18% Elastane leggings.

Scarf design without the scarf. It must be Time Lord technology.

The Doctor Who Fourth Doctor Leggings are available for $59.76 at Black Milk.

The fourth Doctor’s scarf is one of the most memorable pieces of clothing that the Doctor has ever worn. Now you can wear it on your arms by putting on these Doctor Who Fourth Doctor Arm Warmers. In fact, if the fourth Doctor had been […]

Fans of classic Doctor Who will want to get their hands on this Fourth Doctor Definite Article Art Print, featuring Tom Baker as the scarf-wearing, jelly-baby-loving Time Lord. This 14″ x 11″ print provides an excellent likeness of Baker, along with a glimpse at the […]

Two huge fandoms collide with the Doctor Who Princesses Leggings, making it appear that Prince Charming and all his buddies are about to have a lot of spare time on their hands. Does Snow White need to be kissed by her one true love when […]