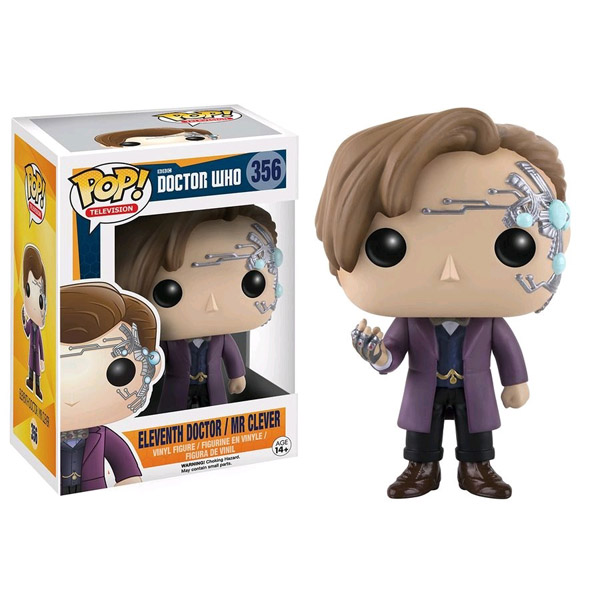 Standing approximately 3 3/4-inches tall and based on Matt Smith’s Eleventh Doctor in the Doctor Who episode, Nightmare in Silver, this Funko figure features the Doctor as a Cyberman device attempts to take over the Time Lord’s mind. The Doctor’s plan to save himself and everyone else in the universe? Play a game of chess with the evil Mr. Clever version of himself. Typical Doctor solution.

The Doctor Who 11th Doctor as Mr. Clever Pop! Vinyl Figure will be available September 2016 but it can be pre-ordered now for $10.99 at Entertainment Earth.