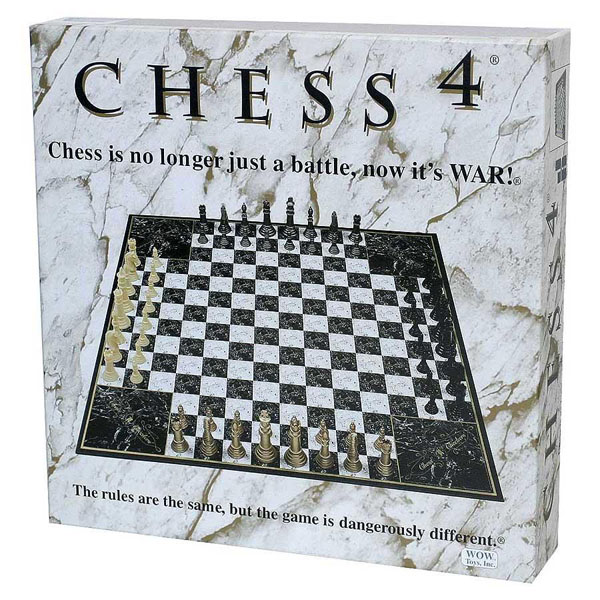 Chess has been a board game that’s been around for a long time. And since people are always looking to spice things up, the classic game has been upgraded, changed up, and modified in every way imaginable. Play the game alone with Solitaire Chess, play it straight up and standing up with the Straight Up Chess Set, or call on two more people to join the game to make it a foursies with the Chess 4 Game.

With the Chess 4 Game, it’s really the more, the merrier. The same rules apply of course, only things will get a whole lot complicated because there’s twice as many chess pieces and players. 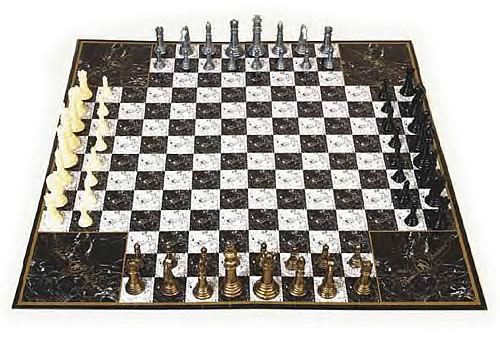 The Chess 4 Game is available from Entertainment Earth for $23.99.

To play chess, you need patience, skill, and strategy. You might also need sunglasses when you’re playing with the LED Chess Set. Why settle for a plain-jane chess set that doesn’t even come close to reflecting your championship-level moves when you can play with chess […]