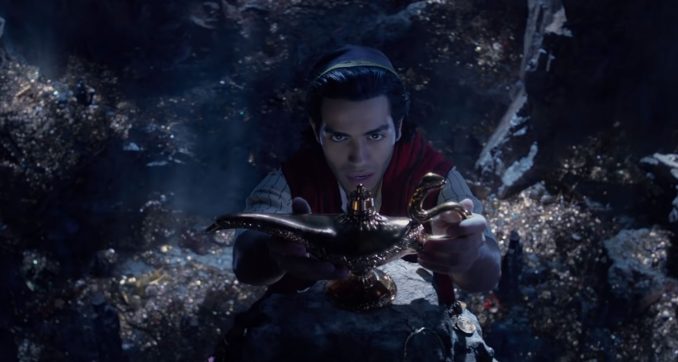 Even if you wrote this movie off after watching the Aladdin Special Look, you’ll want to check Disney’s Aladdin Official Trailer, because this one actually looks quite good, in my humble opinion. It features a combination of action, romance, and humor, plus music including a new rendition of “A Whole New World.” Even CGI Will Smith as the Genie looks much better this time.

A thrilling and vibrant live-action adaptation of Disney’s animated classic, “Aladdin” is the exciting tale of the charming street rat Aladdin, the courageous and self-determined Princess Jasmine and the Genie who may be the key to their future. Directed by Guy Ritchie, who brings his singular flair for fast-paced, visceral action to the fictitious port city of Agrabah, “Aladdin” is written by John August and Ritchie based on Disney’s “Aladdin.” The film stars Will Smith as the Genie; Mena Massoud as Aladdin; Naomi Scott as Jasmine; Marwan Kenzari as Jafar; Navid Negahban as the Sultan; Nasim Pedrad as Dalia and Billy Magnussen as Prince Anders.

Here is the latest theatrical poster for Aladdin (2019): 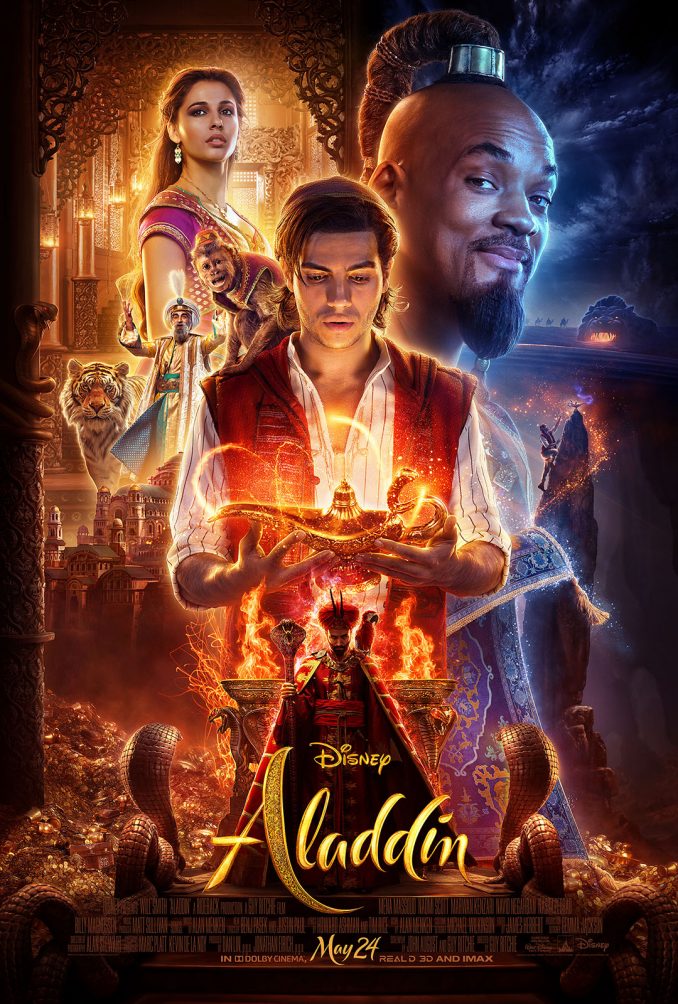 If you’ve ever seen Aladdin or any movie with a magic carpet, chances are you wished you could fly on one. While this Disney Aladdin Flying Carpet Sherpa Throw Blanket is inspired by the magic carpet from Aladdin, it doesn’t actually fly. However, it will […]

Remember that cool Aladdin Flying Carpet Throw Blanket we recently featured? Well, now you can get an actual Aladdin Magic Carpet Rug that looks just like the carpet in Disney’s animated masterpiece. This rug is officially-licensed Disney’s Aladdin merchandise, which is why they could make […]