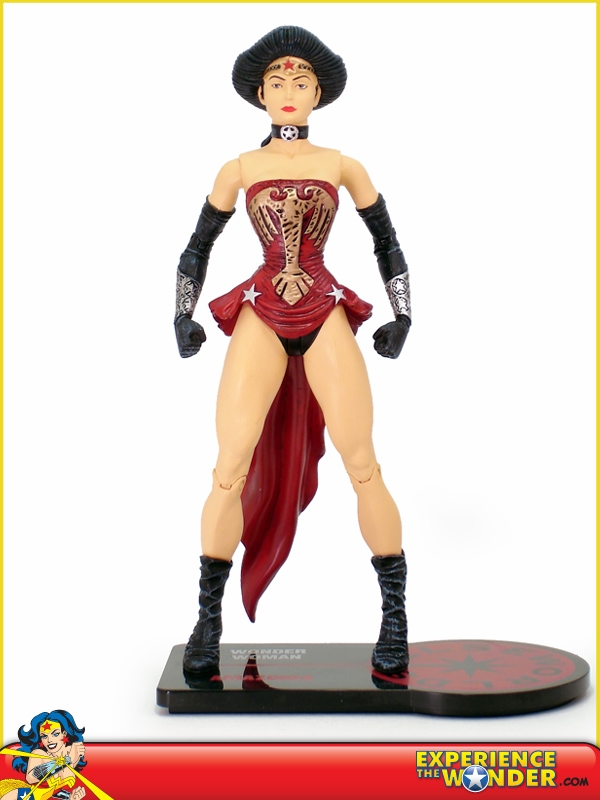 Wonder Woman first appeared in DC Comics in 1941 but the DC Direct Elseworlds: Series 4 Action Figure – Amazonia Wonder Woman gives us a look at the character from an even earlier time.

Introduced in the Wonder Woman: Amazonia graphic novel, this version of Wonder Woman lives outside regular comic book continuity in 19th Century England. In this world, while Jack the Ripper manages to become king, WW is forced to marry Steven Trevor and becomes the star of a London theatrical show. However, her heroic nature still exists in this alternate world and she eventually takes on King Jack.

The 6 1/2-inch figure comes with a display stand and has nine points of articulation.

The DC Direct Elseworlds: Series 4 Action Figure – Amazonia Wonder Woman is available for $39.95 at Amazon.com and at the ETWShop.com.

The DC Direct First Appearance: Series 1 Wonder Woman Action Figure reveals an Amazon that is decidedly less sexy-looking than the one we’re used to seeing but you have to give this retro-style hero a break because things were a lot different when she first […]