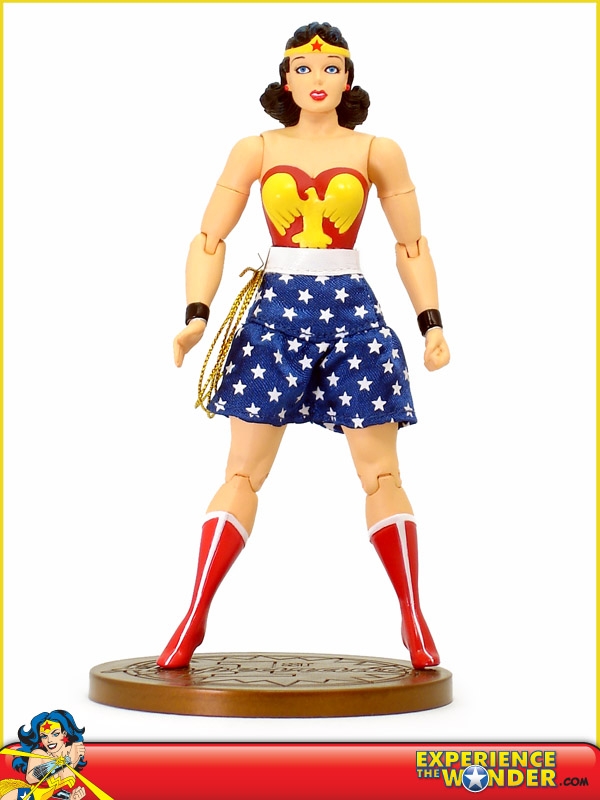 The DC Direct First Appearance: Series 1 Wonder Woman Action Figure reveals an Amazon that is decidedly less sexy-looking than the one we’re used to seeing but you have to give this retro-style hero a break because things were a lot different when she first appeared in 1941.

Comic book fans freaked out when WW was temporarily put in pants recently because it was messing with her “original” look. These hardcore defenders of star-spangled bikini bottoms apparently didn’t realize Wonder Woman’s original look included a skirt.

In addition to the skirt (Which is a modest distance from the knee), the 6 3/8-inch action figure also comes with her golden lasso, display base, and a miniature reproduction of the comic book Wonder Woman first appeared in.

The DC Direct First Appearance: Series 1 Wonder Woman Action Figure is available for $35 at the ETWShop and Amazon.com.

Superheroes just won’t die. It seems like there’s always a superhero flick playing at the theaters, and there’s no shortage of comic books and related merchandise (which is good for GA job security.) It’s supply and demand at its best. For girls who are big […]

You will be the main star when you wear this Twinkling Stars Skirt. You will also light up the room. This skirt has over 250 tiny LEDs to make you sparkle like the star you are. The battery pack tucks away inside waist. Twinkling Stars […]