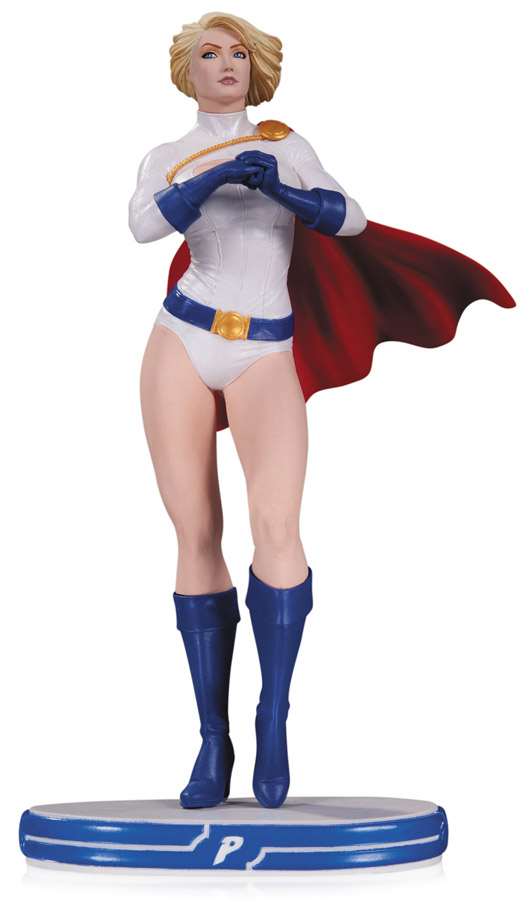 Kara Zor-L strikes an intimidating pose with the DC Comics Cover Girls Power Girl Statue, as she fights for truth, justice, and the understanding of her terribly convoluted comic book history.

Ah, poor Kara. The comics haven’t been kind to her, so let’s break it down a bit for those who care. The gorgeous Kryptonian depicted here is the Power Girl of Earth-Two, which is not to be confused with Earth-2. That Power Girl was formerly Supergirl, who became Power Girl when she and Huntress ended up on Earth-1. This Power Girl is in charge of the Justice Society of America. The easiest way to keep things straight is to remember the Earth-Two Power Girl wears a blue belt, while the other one wears a red belt. Got it?

Anyway, standing approximately 10-inches tall and limited to just 5,200 pieces, Power Girl is a great addition to your Cover Girls collection, regardless of whether you prefer Earth-Two or Earth-2.

The DC Comics Cover Girls Power Girl Statue will be available May 2016 but it can be pre-ordered now for $84.99 at Entertainment Earth.

If you seem to constantly be invited to a lot of pool and beach parties this summer, you can never have too many cover-ups in your wardrobe; especially festive and sexy ones like this Beer Garden Girl Cover-Up. One risk you run by wearing the cover-up […]

Gotham City’s favorite jester is ready to have a corkin’ good time with the DC Comics Cover Girls Harley Quinn by Joelle Jones Statue. Dressed in her iconic red and black harlequin outfit and toting an oversize cork gun, this version of Harley Quinn comes […]

It’s about to get super under the big top with the DC Comics Bombshells Power Girl and Superman Statue, featuring the Kryptonian cousins of power. Power Girl gets her turn with the retro pinup-style that has made the DC Bombshells so popular, and for the […]

Her skin may look cold as ice but her blood flows fiery hot. The DC Comics Cover Girls Red Lantern Bleez Statue reveals a woman who could show Guy Gardner a thing or two about rage. Hal Jordan is a well-known face for the Green […]