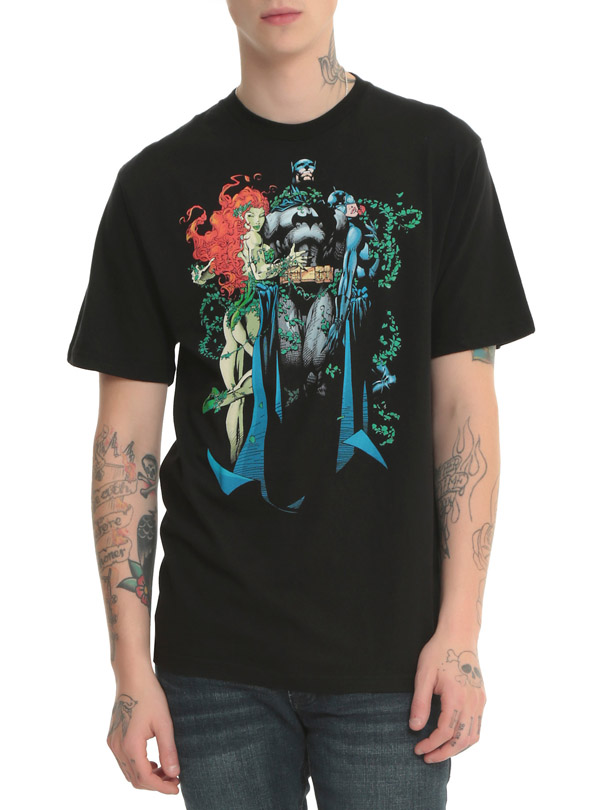 The Dark Knight finds himself in an interesting position on the DC Comics Batman Poison Ivy Catwoman T-Shirt. I wonder if Catwoman will help him scratch the itch that Poison Ivy will give him.

The Hush storyline is considered one of the best Batman stories that DC Comics has ever come up with, and this 100% cotton tee lets you wear the art of comic god Jim Lee that was used for Batman #609, Hush Chapter Two: The Friend.