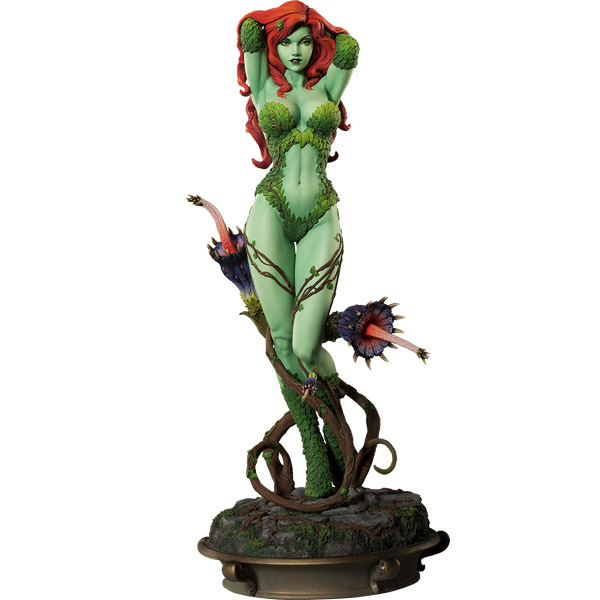 The deadliest female in Batman’s Rogue Gallery brings truth to an old saying with the Poison Ivy Green with Envy Premium Format Figure; not that Ivy has any reason to envy anyone else.

Harley Quinn is as insane as her sometimes-lover, Mister J, and Catwoman is viewed as a hero as often as she is a villain, but plant-loving, nature-loving Pamela Isley is as lethal as they come when dealing with the humans who endanger the plants she loves so much.

Based on the original Poison Ivy Premium Format Figure, this 21-inch-tall Green with Envy version features an Ivy that’s letting her true colors show, along with a few minor differences in the base.

The Poison Ivy Green with Envy Premium Format Figure will be available October 2014 but it can be pre-ordered now for $349 (or for as little as $63.00/month) at Sideshow Collectibles.

The Poison Ivy Pin-Up Print lets you hide your Gotham City geekiness as easily as Bruce Wayne hiding the fact that he spends his nights busting skulls while dressed like a giant bat. I don’t know why you would want to hide it but I […]